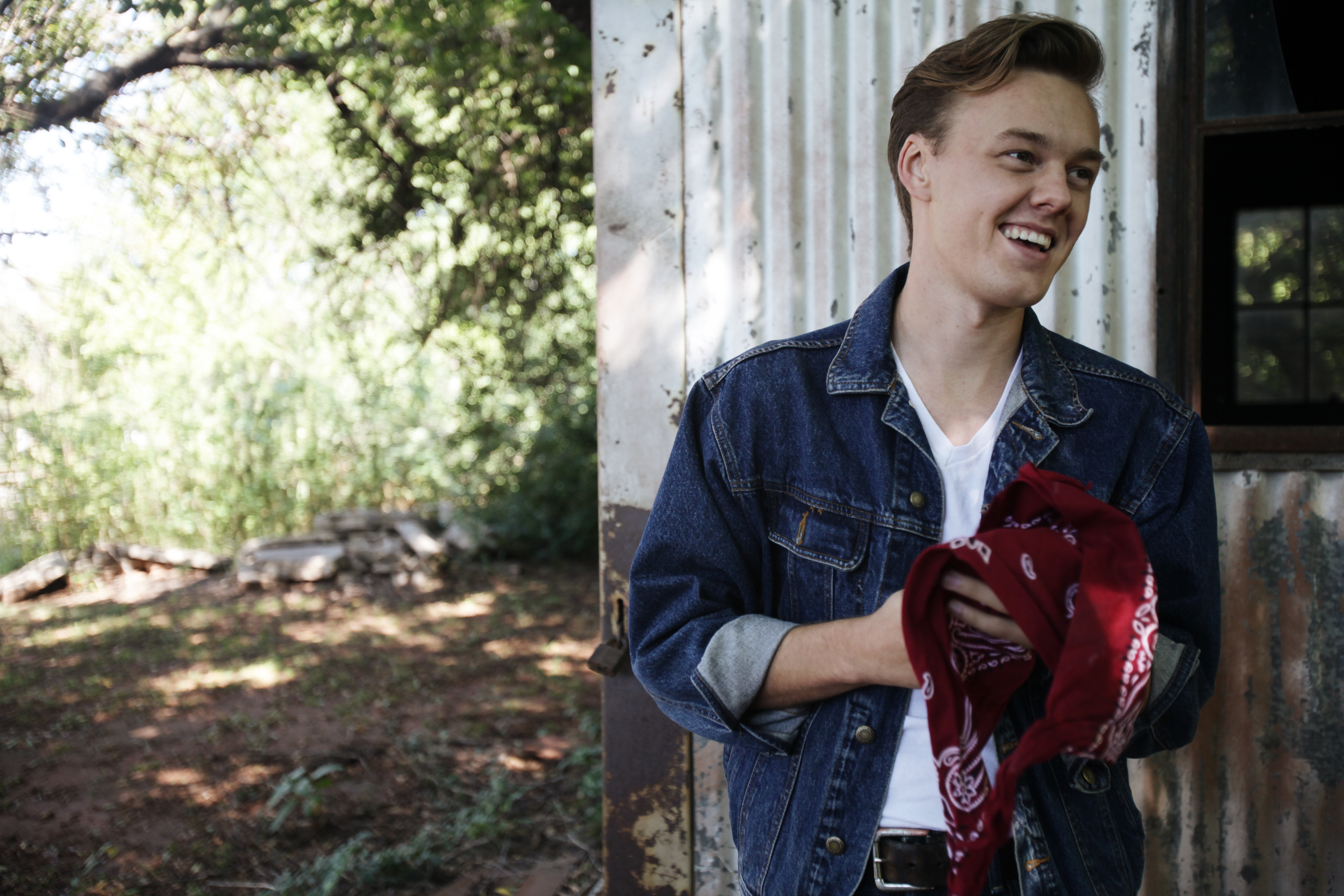 Parker Millsap’s musical hero is legendary blues man Howlin’ Wolf, he loves pre-war jazz, and he grew up playing and singing in the Pentecostal church.  While old-time religion, slide guitar-driven blues, and growing up in small-town Oklahoma have all influenced him musically, don’t call his style a “throwback; “I’m not interested in regurgitating old forms, I admire them, but I’m trying to move music forward,” he says.  (I had the pleasure of chatting with Parker for this post as he was sitting in his pickup truck with a canine companion and drinking coffee outside of Hoboken Coffee Roasters in Guthrie, Oklahoma; he drives into town so his cell phone will work when it’s time to do an interview.)

His music struck a chord with me (pun definitely intended) from the moment I first listened; besides the obvious reasons…his prodigious ability to craft songs that tell stories about the human condition which resonate across generations, his rootsy, rustic sound, his charismatic performance style…it’s just really, really good.

Parker started playing the guitar at age 9, and  decided at the ripe old age of 13 that he wanted to make music for a living.  With a supportive family behind him and a dream to pursue in front of him, he moved to California after high school graduation to learn engineering at a recording studio.  The experience only confirmed that he was meant to be on other side of the glass performing, so he went back to Oklahoma, joined forces with his best friend and bass player, Michael Rose, and started playing shows.  In the meantime, he worked at various side jobs to earn a living; one such assignment was doing manual labor for an aunt, who paid him to pick up sticks on her property and scrape wasp nests off of her house.  (After we both stopped laughing, Parker says he really did appreciate the job, because it gave him the chance to be alone.)  Eventually, his musical pursuits gained serious momentum, and he was finally able to leave the stick-picking-up game to pursue his dream full time.  He released his self-titled debut album in 2014, was nominated for the Americana Music Association’s 2014 Emerging Artist of the Year, has received praise from The Wall Street Journal, USA Today, American Songwriter, The Boston Globe, NPR, The Huffington Post, and has had multiple performances at The Ryman Auditorium and The Grand Ole Opry (which is major, y’all…believe it).  Oh, and he’s only 21 years old.

For now, Parker’s home-base remains Oklahoma, which he says has a spare music scene but a wealth of talent.  He believes there’s something special about it; “Oklahoma’s not really the south and it’s not really the west.  It’s kind of scrubby, it won’t quite give up.  It’s got a survivalist spirit, which I enjoy. My great-grandparents on both sides lived here through the Dust Bowl.  Only a certain kind of person can survive that and stay here.  I feel like the descendants of those folks have something different about them, like a special survivor gene.”  The state motto, “Labor Omnia Vincit,” latin for ‘Labor Conquers All Things,” is particularly applicable to Parker, who obsesses over his work, which is also happens to be his fun.  A self-professed chronic worrier, he keeps the Ray Bradbury quote “Self-consciousness is the enemy of all art” in mind to keep it all in check.

Touring for the majority of the last two years, Parker’s taking some time off to make new music, but he will appear at the SXSW, Forecastle, and Stagecoach music festivals, and will open for The Tedeschi Trucks Band at The Ryman in Nashville on February 13th.