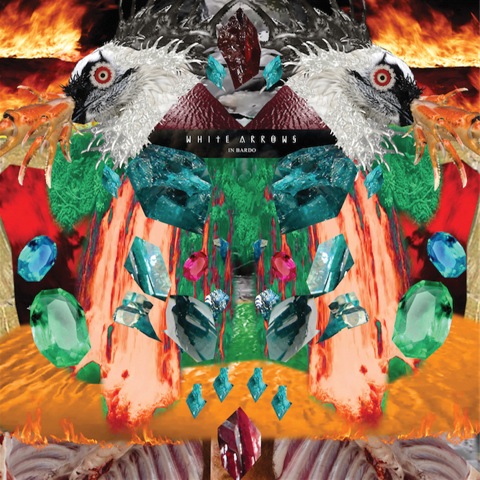 White Arrows has been crisscrossing the country (and soon, Europe) supporting their latest release, In Bardo; the Los Angeles-based psych-pop outfit is headed to the Music City to play at The Stone Fox with Chappo (*SWOON*) and Diamond Carter on February 3rd.  Also, I have just classified psych-pop under “Things That Make You Go Whoa.”

I recently had the chance to catch up with frontman Mickey Schiff about the making of In Bardo, which he says was a completely different experience than the making of their first album Dry Land Is Not  Myth.  The band began touring initially in 2011 without any real recorded music; while they were thrilled to have the opportunity to tour, the group was only able to record music at home themselves, whenever they had spare time, over a two and a half year span, which Mickey says made the album feel piecemeal.  The creation of 2014’s In Bardo occurred during one succinct period of time, making it like a time capsule of sorts for what White Arrows was experiencing at that particular time.  Recorded in a proper studio with a real producer, In Bardo is lyrically, thematically, and tonally more cohesive.  The album, Mickey says, is darker and more surreal than the first, but is still catchy and danceable. 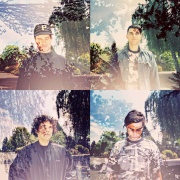 White Arrows has played Nashville before, to a great reception as opening support for alt-rockers The Neighborhood.  Mickey said that the last time they were here it was 110 degrees outside;  I told him that it was going to be about 10 degrees this time around, and encouraged him to pack warmly.  Mickey was unfazed, and informed me that he was the owner of a new Cabela’s Realtree camouflage three-layer parka (to blend into the urban jungle HA!).  I think that Realtree fits with their penchant for the tropical…it’s kind of a floral, right? I feel good about it.

Even though it’s not their first rodeo in the Music City, the band hasn’t had a chance to do any exploring here, and Mickey has cordially invited us to come say hello after the show and fill him in on all the weird things they shouldn’t miss.

Come to The Stone Fox and get your dance on with White Arrows, Chappo, and Diamond Carter on February 3rd…the show is 18 and up and starts at 9 p.m.