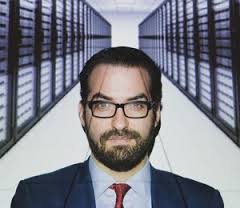 Unless you’ve have been living in the outer reaches of the Mongolian tundra, you’ve probably encountered a song called “Dangerous” by producer Alan Wilkis and Joywave‘s Daniel Armbruster, a collaboration soldered together in electronic heaven (would that be called ‘the cloud?’  See what I did there?), otherwise known as Big Data.  Beginning with an instantly recognizable and ominous bass riff, “Dangerous” is a paranoid commentary on electronic voyeurism.  I was really digging this song, but I wanted to know more about who was behind its creation.  Lucky for me, and hopefully for you too, when I asked to talk to Big Data, Big Data obliged.

Alan Wilkis’ first memories are musical ones; he started playing piano at age five, and found himself in all sorts of different bands in college.  One such group was an multi-person hip hop ensemble, an experience that Wilkis describes “kind of terrible, but kind of awesome.”  This lead to singing, then writing songs, then recording and producing; for a few years he was a one-man operation, creating and releasing everything himself until….

A WINDING ROAD TO PHOENIX

When making his second solo EP, Wilkis stumbled onto the band Phoenix, who had just put the stems to their song “1901;” the word was out that Phoenix wanted people to have a go at remixing that song.  Wilkis accepted the challenge, remixed “1901,” and sent it to anyone and everyone he could find that was associated with Phoenix.  Predictably, no one responded, so he sent the remix to music blogs and other online media outlets.  All of a sudden, his remix was getting played, reviewed and spread around the internet, and THEN Phoenix’s label decided to pay attention (yay for music blogs!).  This lead to radio airplay, more remixes, wider exposure, and more coverage.

Wilkis soon realized he was doing a lot of work remixing other people’s songs, but his art ultimately didn’t belong to him.  Ever the creator, he began his next project, PRINTS, making instrumental tracks and collaborating with artists like Childish Gambino, The Kick Drums, and Joywave.  Wilkis and Daniel Armbruster, the vocalist for Joywave, struck up a creative friendship during this time; the two decided that they wanted to continue this collaboratio 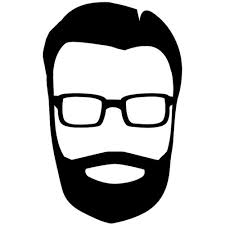 n and chemistry together.   Which is how, says Wilkis, “I got from guitar-player to producer-guy.”

Two years ago, Wilkis was in the throes of making dark, electronic music, but the project had no name.  While at summer wedding, a friend filled Wilkis in about this career he had in “big data.”  He was struck by these words, thinking, “what a great name! It sounded cool, and I really like technology and use it a lot.”  Mind you, this was before the Edward Snowden and NSA shenanigans we seem to hear about daily, before we really heard much about the concept of “big data.”  Wilkis thought it would be interesting to write about these kind of themes, calling it “paranoid electronic music.”  The cloud, the internet, paranoia, it all fits together.  Is it a legitimate worry for Wilkis?  He says, “it’s a mix.  The thing I find most interesting is that these themes and these problems of technology, they’re all horrifying.  It’s terrifying that our information is so “out there” and used for purposes we don’t know and that we can only guess are horrible, but at the same time, we need a lot of this technology and our lives are a lot better because of this technology.  I think it’s that love/hate relationship that I find interesting…how can something that makes our lives so much better harm us so intensely?”

YOU MIGHT NOT WANT TO WALK A MILE IN THESE SHOES

Nothing illustrates this better than the video for “Dangerous;” I found myself shocked at first, and laughing by the end (don’t judge me).  The premise of the video?  It’s the making of a running shoe commercial, where the running shoes make the people who wear them violent.  He loves how polarizing it is, saying “people either are disgusted by it and hate it or love it and think it’s hilarious.  It gets a reaction either way.  The whole point of the video is about the way we are marketed to and the way things are sold to us is so messed up, and the thought process that goes into how these things are marketed, even when the product is bad for us, like cigarettes, a product they know is bad for us, they’re like ‘what’s a cute, funny way to sell it to people?’ We were trying to show how ridiculous and messed up it all is by using the same tactics they use; it’s funny, we still get to use sex and violence to sell the song while we are totally making fun of how overused sex and violence are.”

DON’T CALL IT A CONCEPT

Okay, well maybe it is a concept…..and a successful one at that; “Dangerous” has been getting played everywhere, and recently peaked at number four on the Billboard Alternative Songs chart.  Wilkis says he doesn’t see Big Data as a band in perpetuity, “it’s such a specific concept, there’s going to be a point where I don’t want to keep writing songs about this stuff, but I want to explore it while I think it’s interesting.  That may be two albums or three albums, maybe not.”  Big Data recently signed with Warner Brothers Records;  there’s an EP now called “1.0,” and an LP called “2.0” in the works (every release is like an operating system) which should be finished by September or October.  The LP will feature collaborations with other artists, which were still ‘top secret’ at our interview.  Until then, he’s the music guest TONIGHT on Late Night with Seth Myers, and he’s touring; don’t expect his live show to be a DJ set or Wilkis on stage wearing a mask or helmet and playing computer music.  He’s put a band together and they are criss-crossing the country.  I hope he’ll make it to Nashville, but if not, I guess I can just keep spying on him through the internet.