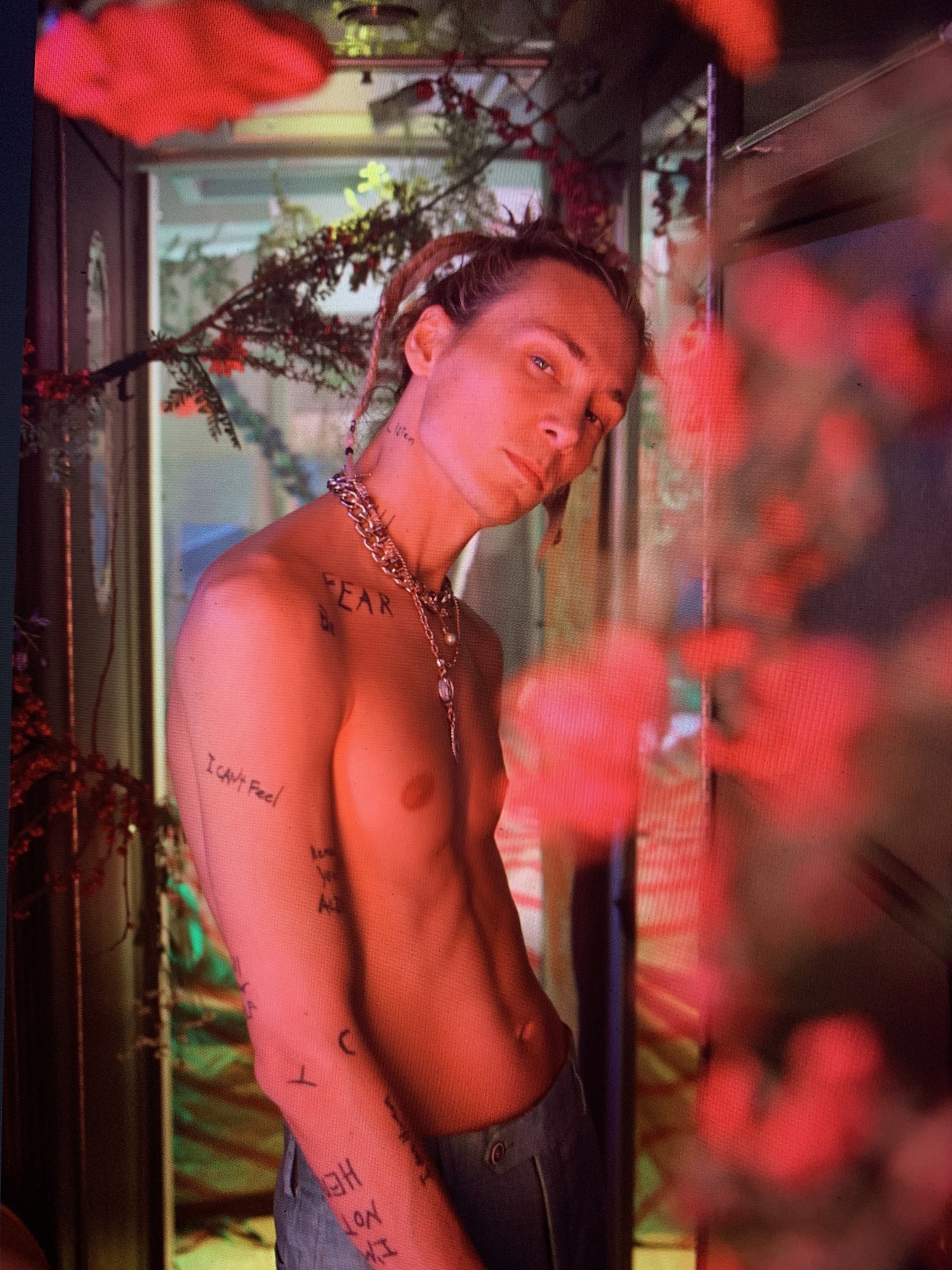 “I think anytime you get to connect with other people, it’s pretty cool,” says Roy English of recently performing in Portland, his first live show as alt-pop band Jagwar Twin. “Connecting with all the band members, but also everyone in the audience, giving and taking and circulating energy around the room. It was awesome. So many people came out, it was great.”

Jagwar Twin released debut album Subject To Flooding in April via Atlantic Records. Produced by S1 (Kanye West, Beyonce, Lorde) and Linus (blink-182, All Time Low), Subject to Flooding sees English emerge as a spiritual monk warrior with a powerful voice and prophet-like poetry paired against a landscape of 60’s style guitars, gritty hip-hop breakbeats, and flipped MPC samples reminiscent of Dark Fantasy-era Kanye West. The album is the result of a uniquely collaborative process that inspires listeners to see the world through a new lens. Life’s duality and the search for this balance and self-discovery is what powers English and his band – just as one can be flooded with love, flooding can also bring destruction. There are two sides to every story that ebb and flow on a continuum moving ever closer to equilibrium. We are at war with the world; we are at war with ourselves. In letting go, we often find ourselves.

During the album’s creation process, English adopted a lifestyle and diet that consisted of Himalayan shilajit tar, fasting, saunas, ice baths, and meditation during studio sessions all with the goal of removing ego from the process.

And what exactly is shilajit tar?

“It’s like a mineral black tar extracted from the Himalayan Mountains—millions of years of sediment and minerals all built up and is really good for you on a lot of levels,” English explains. “You just kind of dip a knife in there. It tastes terrible. It’s like barbecued volcanic dirt,” he laughs. “It’s really gooey and sticky and it gets all in your teeth.” He says that this regimen definitely impacted his process for the better. “I think around that same time there were big shifts in myself where I started looking at and feeling about things differently,” he says. “Anything you put into your body or your spirit or your mind, whatever you put in also comes out in some way. This was more of a conscious decision, not only with diet but thinking and spirit and other ways of communicating with myself, to tap into other things through the process, even with meditation and prayer. Everything is connected and it definitely influenced the way that I created.”

Jagwar Twin is not English’s first rodeo; since adolescence, he’s been creating solo music, and never thought there another choice besides this path–with one exception. “When I was really young I thought I was going to be an Egyptologist. From the time I was a little kid I was fascinated with Egypt and then it got me into looking at other mythologies, cultures, and ancient history,” he explains of his childhood interests still relevant to his present-day life.

The band’s first national tour brings them to Nashville’s Cannery Ballroom on May 11th with lovelytheband and Flora Cash. “I love Nashville so much,” gushes English. “I could live in Nashville. I’ve played a bunch of shows there and I have a ton of friends that live there.” As for the show, English has a request for the crowd: “Just come as yourself and be open, be free,” he says. “We just want people to connect with each other, it doesn’t matter who’s on the stage or in the audience, there’s no difference–making noise, making sounds, being in that room together, spreading love, and doing the thing.”