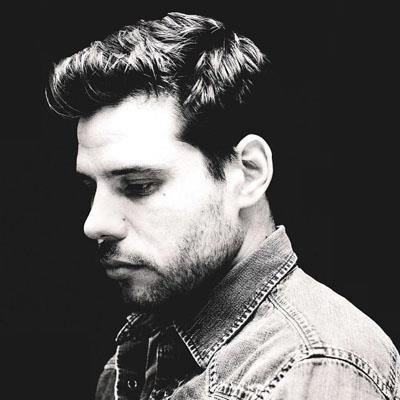 “There’s just a naivety when you’re younger, you really believe you can be anything. I just allowed that idea to run unfettered. I really have only ever done music,” says Afie Jurvanen who makes music under the moniker Bahamas. “I was a horrible student. I really did not do well in school at all, I just thought ‘Well, I’m going to play music. You guys all go do what you’re going to do, I’m going to play music. It’s just so much fun,” he continues. “I love the camaraderie and the communion that goes along with it. It comes with a whole social aspect–when you get together and play music with your friends or people that you care about, or even with strangers, it’s a way of meeting people and interacting. It was my hobby, now it’s my profession. For me, it’s everything–it’s an outlet, it’s therapy. It allows me to travel the world. I’ve met all kinds of incredible people because of it, and really, I never asked anything of it. It’s the gift that keeps on giving; I just stumbled into it,” he adds. “I’m very glad I did.”

We’re very glad Jurvanen did too—for almost a decade, the Juno Award-winning native Canadian has been making some of the grooviest, most infectiously captivating music on the pop scene. Earlier this year, Bahamas released its soulful fourth album, Earthtones, recorded at Sunset Sound with legendary bassist Pino Palladino and drummer James Gadson, who have played with a host of artists, including R&B groovemaster D’Angelo. The album was co-produced by Jurvanen and longtime collaborator Robbie Lackritz (Feist, Jack Johnson). “Working with those guys was just such a thrill and very easy in a way. I went to Los Angeles; we were in the studio for a few days together and we got through nine or ten songs quite quickly,” he recalls. “I just tried to go in with no restriction of where I should go, I just knew I wanted it to be tight and funky and groovy. I tried to make my lyrics be very direct, very to the point, and free of irony–I tried to write songs that really aren’t mysteries to figure out. When you listen to the lyrics, you know right away what it is I’m talking about and whether it’s something that speaks to you. More and more I sort of gravitate towards those things in life that have those qualities,” he says. “I don’t know if it’s just me getting older or something, but it just seems like there’s so much complexity to how we live and how we work and how we interact with each other. I’m just trying to make sense of all that. It’s part of my process of being an artist I guess, and it just comes out in the songs.”

One such track pays homage to bad boys, but from a different perspective than most have offered before; in his direct and straightforward style, Jurvanen declares that bad boys need love too in the aptly-titled “Bad Boys Need Love Too.”“That track meant a lot to me. I’m glad it turned out the way it did and that it’s on the album,” he reveals. “That line came to me, I can’t remember what I was doing but it sort of stopped me in my tracks. I just thought that that was a cool idea because these bad boys are so hard to love. There are so many jerks in the world and the truth is, that’s what they need the most,” he levels. “They’re the hardest ones to love and ironically, they need the most love and the most compassion and the most empathy. If there’s a chance to put those things out into the world, I think that’s worth doing,” he says. “That song is really just trying to do that.”

Jurvanen and company are now on the road supporting the release of Earthtones; he says that touring gives him the chance to do what he loves most, being on stage playing his music for the masses. “I love making music and it’s the thing that I do the least,” he admits. “I spend most of my trying time just figuring out how we’re going to do something, trying to figure out how are we gonna make this album, and how are we going to pay for it, and how are we going to put the album out and how are we going to do the tour, it’s an endless cycle of logistics. Those are the things that kind of wear you down. Those are the things that feel like work to me,” he reveals. “The actual act of making music makes me feel like a kid, weightless, like I can do anything. Music is an endless source of entertainment really.  It’s something that you can do into old age. You can take it with you wherever you go.  What a wonderful thing to have your musical mind with you wherever you go in life,” Jurvanen adds. “It’s pretty incredible.”

The tour brings Bahamas to the Music City for a show at Cannery Ballroom on May 11th. “It feels like Nashville has gone through a real renaissance,” Jurvanen says. “A lot of people, even friends of mine, have moved there, young people are opening up businesses and good restaurants. If you’re on tour and get to spend a day in Nashville, generally that makes things a lot better. I just feel very fortunate to get to travel and play music, and especially to get to come to a place like Nashville where there’s obviously so much history,” he adds. “Just to be there and soak that up and then to contribute a little bit to that is an honor.”