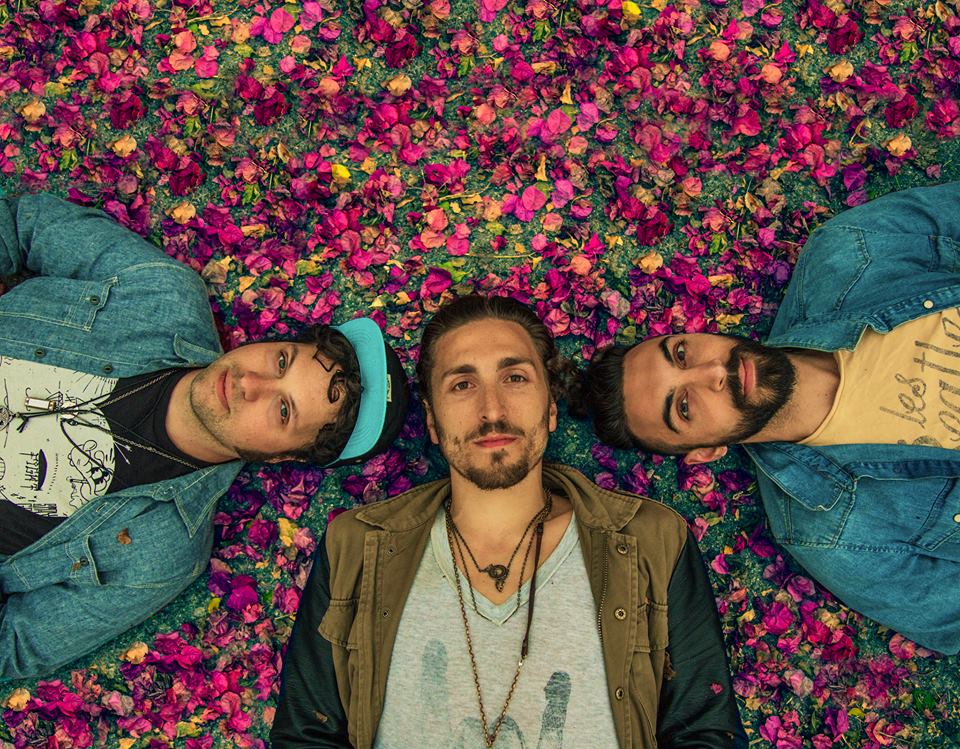 The last time we spoke with Los Angeles-based folk-pop powerhouse Magic Giant, they had just recorded new album In The Wind—in a solar-powered mobile recording studio that allowed them to make music in some unorthodox places—like in a redwood tree in Avenue of the Giants and in a reverb-y tunnel in Snoqualmie Pass, Washington. Now, the band has broadened their already massive horizons with a new EP which features acoustic takes on those tunes.

”We were in between two festivals we were playing in Florida, in Tampa and Orlando, so we booked a studio and basically cut the whole record in a few days,” recalls band member Zambricki Li. “Along the tour, we worked out a lot of the versions of the songs.” “We had done some of them jamming on the bus too, it’s really just another interpretation of the lyrics when you strip it down like that,” adds bandmate Austin Bisnow. “It sent us down a different avenue in our hearts.” “It’s interesting how much the production or the treatment of a song can affect the way you hear it,” continues Zambricki. “Now that we’ve played them on the road over the last year, and played them through different iterations, the meanings have changed a little bit to us. For people who haven’t come to see a show yet, we wanted them to be able to kind of get a taste of another side of Magic Giant and what we sound like when we’re not saying a big festival stage.”

Speaking of big festival stages, the trio hit a new milestone this year—playing Coachella for the first time. “We actually went together like two years ago and just did the festival kind of like super bros, it was fun,” laughs Zambricki. “We saw Edward Sharpe at sunset together, it was really special. For Southern California where we’re from, doing what we’re doing, it’s amazing to play this festival.” As for the difference between a regular and a super bro?“Super bros hang together all day long and wear capes,” he explains.

From being Coachella spectators to becoming Coachella performers, Magic Giant sees it all as a grand learning experience. “A lot of times at festivals we’re watching bands that we love and seeing how they work, trying to almost reverse engineer what they’re doing with their show,” Zambricki reveals. “Now, we’ve been playing a lot of festivals. and get to see a lot of great music from our heroes, people we love, see how their shows work from this side.”

The band has embarked on a tour which will take them to places they’ve never been, and never played, a tour which brings them to the Music City for Lightning 100’s Nashville Sunday Night on May 6that 3rd & Lindsley. Do they have anything special planned for their set? “How much do you know about the fire code?” jokes Zambricki.i “I moved to Los Angeles from Nashville. I haven’t been back in seven years, has it changed?” he asks with a laugh. “I was so inspired living in Nashville. I lived on Music Row and I used to write songs in this little apartment. I loved it every moment.”

Magic Giant is bringing some fantastic bands with them on the tour this time as well–Tall Heights, Young Rising Sons, and Lauren Ruth Ward. “We can’t wait to play Nashville,” says Zambricki. “They’re going to be shutting that place down and kicking us out.”