In honor of day two of Wild Moccasins week, East of 8th presents an exclusive interview with indie-rock band, Common Deer. Don’t miss them make their Music City debut March 8th as they perform alongside Wild Moccasins at The High Watt. 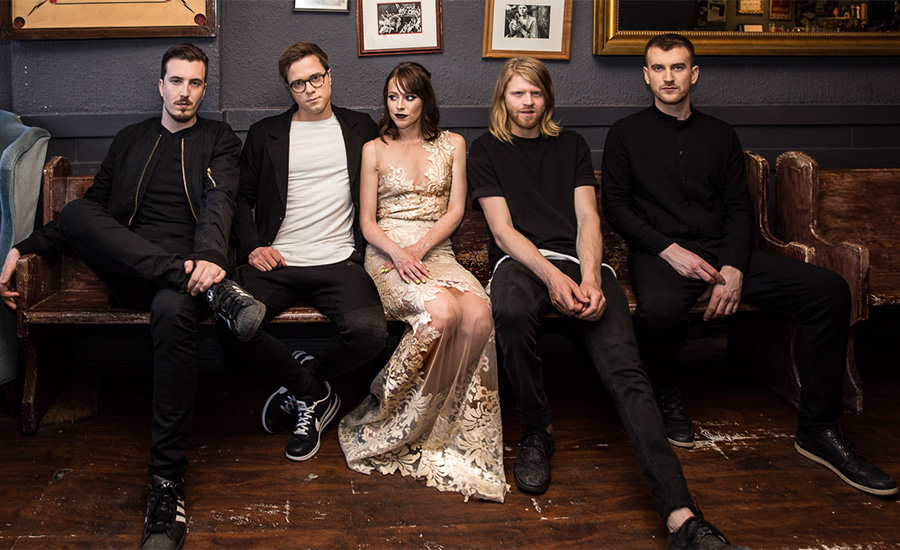 One of music’s greatest powers is its ability to bring about hope in times of trouble. For indie-rock band, Common Deer, their music is no exception. With their uplifting lyrics and messages of courage, listeners are rid of their anxieties and fears.

Forming in 2013 while still attending college, the Canadian quintet is made up of brother and sister duo, Sheila and Adam Hart, Graham McLaughlin, and the Farrell brothers, Connor and Liam. After releasing two EPs in 2017, Common Deer admits they didn’t have enough material to release a full-length album. However, Sheila Hart, Common Deer’s keyboardist/vocalist, says it gave the band time to perfect their sound: “Creatively and in terms of the musical direction of the band, having the second EP gave us an opportunity to start to hone our sound and craft things to move in the direction we want to take.”

As a self-proclaimed rock band, it’s no surprise Common Deer draws inspiration from heavy metal music.“I think my love of metal probably started from my brother, who is also in the band. He got really into metal in high school, and we both sort of got into it from there as well,” recalls Hart. She reveals metal bands like August Burns Red, Misery Signals, and Between the Buried and Me have influenced the band’s percussion patterns. Using the final track off their II EP, “Gone,” as an example, Hart points out that the song’s double-time drumming drew inspiration from metal rock music.

Despite metal’s impact on their music, Hart reveals she never wants Common Deer to be confined to a specific genre. The band’s unapologetic rock sound and constant application of new musical techniques keeps listeners on their toes, and is one of the aspects that makes Common Deer incredibly unique. “I never want people to stop saying, ‘Wow, I didn’t think they could incorporate that in the song and they did,’” reveals Hart.

Currently on tour with indie-pop quartet, Wild Moccasins, Common Deer are making their Music City debut March 8th at The High Watt. Hart recalls she hasn’t visited since taking family vacations to Florida at the age of six. “We’re going to a lot of really incredible places, but Nashville is a music institution,” she says. “This is where dreamers go.”

[Click HERE to win a pair of free tickets to the show!]

[This interview was brought to you by Eo8 tag team Susan Hubbard and Bri Goebel.]