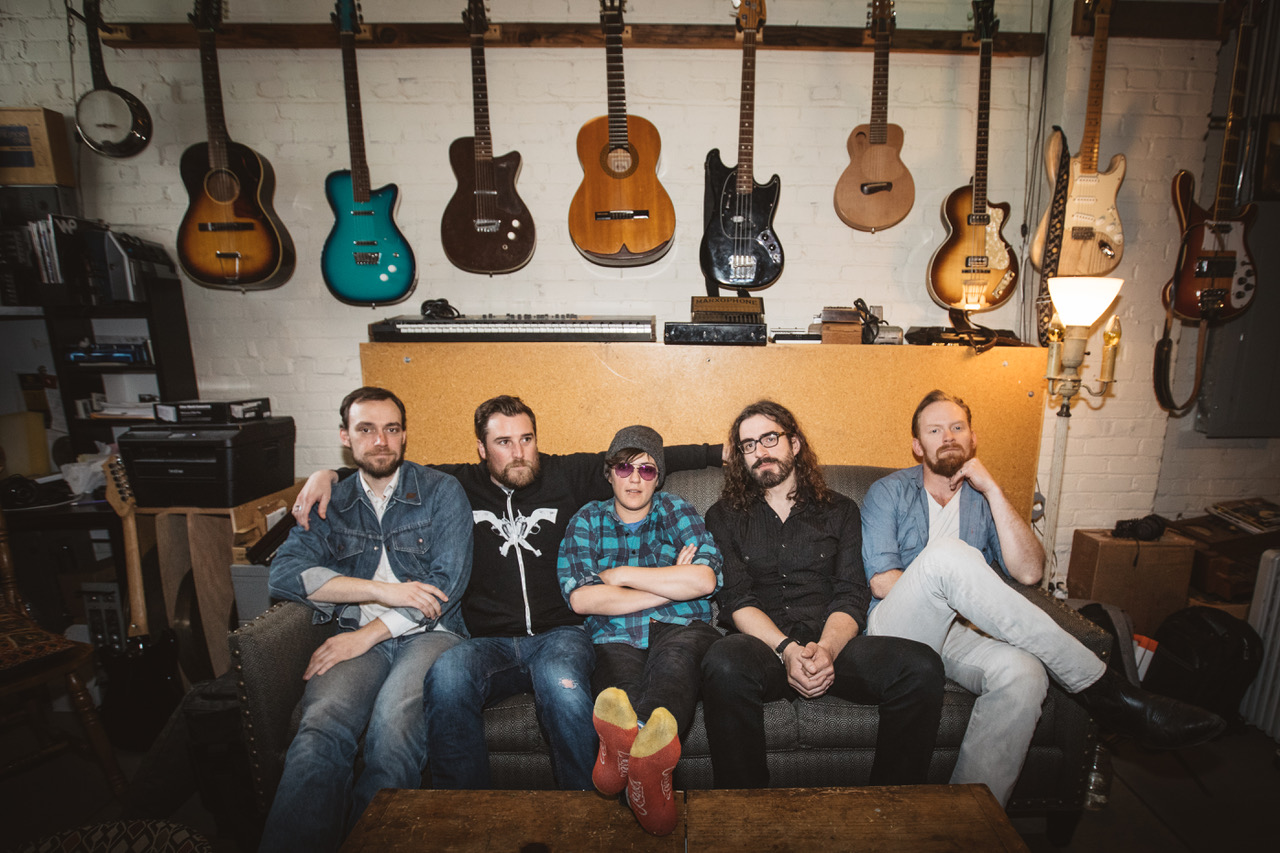 With Watching it All Fall Apart, their rocktastic new record which released February 2nd via LoHi Records, Portland-based outfit Fruition explode the confines of the rootsy box in which they’ve traditionally been placed. “We’ve always kind of been a rock band in a string band’s body,” explains vocalist Jay Cobb Anderson. “Since the band’s inception, it’s never been about trying to be bluegrass-y or anything really, we’ve always called ourselves a ‘song band.’ The first release we ever did, if you could call it that, contained two reggae songs. We were never trying to be Americana or bluegrass, and now we aren’t trying to be rock n’ roll,” he adds. “It’s just what we were digging on.”

Written in the wake of heartbreak, the songs bear a certain longing. “All three of us songwriters were writing after being freshly broken up with,” Anderson recalls. “They’re about longing for a loved one—‘I should be on top of the world, but I’m missing my girl’ kind of stuff.” Though heartbreak was the inspiration, the album is an upbeat tribute to all the feels. “It took so long to get those songs recorded and released, I have a girlfriend now, and I’m in a totally different place, and singing those songs now is a beautiful thing,” he continues. “It reminds of something I went through. I have to connect to the feeling of the song when I perform. Song meanings change for me over time, you just try to connect with the vibe.”

The band decided to work with a producer on this album, a first for Fruition. “We’d never worked with a producer before, especially not one like Tucker [Martine], who’s worked with awesome bands like My Morning Jacket, The Decemberists, and Neko Case,” recalls Anderson. “He let us form the tunes, and came in during a practice to listen. He took notes, and almost every suggestion he had, we incorporated. We have a rule in the studio, ‘there’s no bad idea, let’s try everything’; sometimes he’d suggest something and we’d be like ‘there’s no way that will work,’ and it totally would, it would be perfect. He’s such a pro,” he adds. “It was an honor, and exactly what we needed for this record.”

Fruition is currently on tour, which will bring to Nashville’s 3rd & Lindsley on February 18th. “We’ve only played one gig there, it was a showcase with a bunch of other bands, and it was only about a 30-minute set. So technically, this will be our first headlining show there!” Anderson reveals. “We love Nashville, we’ve hung out there and busked on the streets.” As for the notoriously tough Nashville crowd, Fruition, who regularly elicits huge responses from the most stoic of rooms, is unfazed. “We’re excited to play,” he continues. “We’re just gonna get up there and do our thing.”