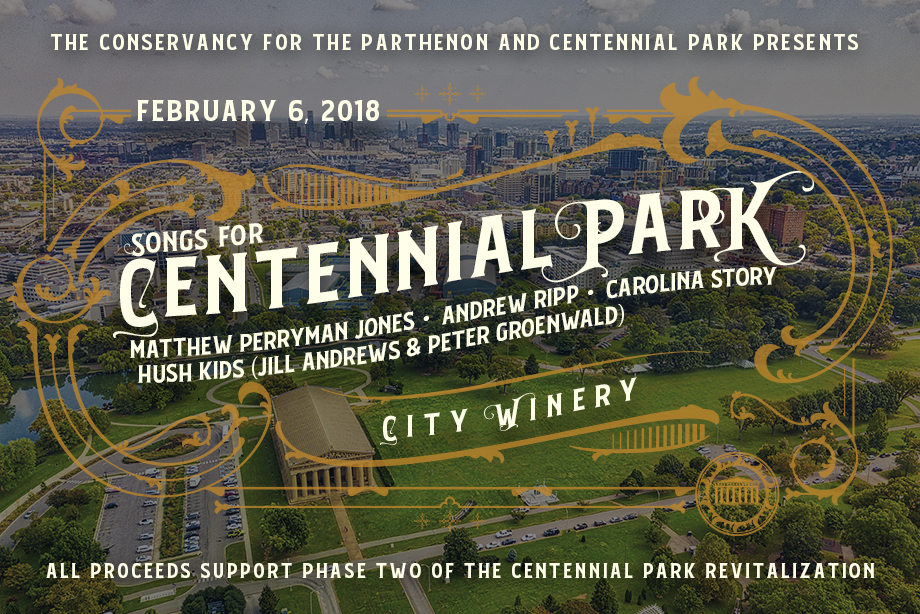 The Conservancy hopes to raise funds through ticket sales to begin Phase Two of the park’s revival. During Phase One of the process, completed in 2015, the water quality of Lake Watauga was improved, bees were brought in to pollinate surrounding trees and shrubs, a designated space was created for free concert series Musicians Corner, and new landscaping was installed.

The second phase of this project, scheduled to begin this spring, will restore the park’s Great Lawn, increase the amount of walking, jogging and biking trails, install new lights to showcase the Parthenon, and fund construction for a new pavilion that will house a variety of events.Tickets for the event can be purchased HERE.  All proceeds benefit Phase Two of Centennial Park’s restoration.

For more information about the Centennial Park Revitalization: PictureYourPark.com

For more information about The Conservancy: ConservanyOnline.com