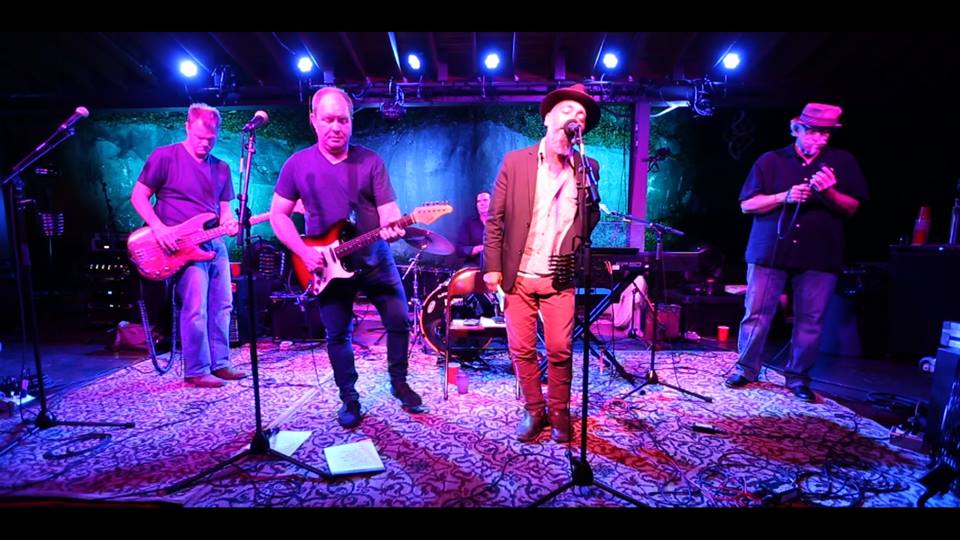 Life is a funny thing, isn’t it? We make lots of plans, and they rarely work out the way we imagine—the shortest distance between two points is a straight line…but what if the journey is a circle? Case in point—the story of Screamin’ John Hawkins & TD Lind.

“In 1992, I was with a label, and moved to New York. I didn’t find any musicians I wanted to work with; years before I’d worked with a group in Louisville, and relocated there,” recalls British blues man TD. “I put a band together, and that’s how I met Screamin’ John. He introduced me to drummer Paul Culligan and Jeff Crane. We called ourselves Edenstreet and got signed to A&M Records in ’96 or ’97,” he continues. “We made a record and were about to play Letterman and Conan, things were heating up, and A&M got bought by Universal. We got moved to Interscope, and they decided to put our record on hold. We stuck it out as long as we could, but we ended up going our separate ways.”

Lind’s visa expired and he had to go back to the UK, and John stayed in Louisville and continued play the blues. Years later, John got an offer to record an album. “I didn’t want to do something disjointed with ten different singers that sounded like Santana rejects from the late 90s,” John laughs. “I had no idea what I was going to do, but then it hit me—I hate to say ‘let’s get the band back together,’ but that’s kind of what it was. We always loved the blues, and we jammed on it all the time,” he says. “It was a total fit for all of us.”

Both men grew up with the blues, the gateway drug for their musical endeavors. “My dad owned a pawn shop and a music store when I was kid. If you ever want to meet blues musicians, a pawn shop is a great place to start,” John jokes. “There’s just not much money in it. I was always around blues musicians, it’s where I started, and I never really left.” “The first music I listened to was the blues,” recalls TD. “My father taught me boogie woogie on the piano when I was four. I always wanted to be Little Richard,” he laughs. “All the music downloaded on my phone to this day was made between 1919 and 1956. I’m stuck in that era.”

Convening in the studio, the old friends picked up right where they left off. “It was great to get together all that time to play music, and not be so damn serious about it,” says John. “It was a blast.” “It was exactly 20 years to the month that we made the first Edenstreet record,” adds TD. “We were young and serious then, and we had to please a lot of people. Twenty years later, we get to walk into the studio, and it was as if we never stopped playing. We’ve been close friends all that time, though, we’ve remained tight,” he continues. “We did it in three days, drinking Four Roses Bourbon, throwing lyrics out, and recording ’til it sounded good.”

On October 14th, the band will celebrate the album, called Gimme More Time, with a throw down at the Garvin Gate Blues Festival in Louisville. “It’s free, there’s normally 20,000 to 30,000 people that come, it’s a great time,” John explains. “I hope people dig what we’re doing, and get their kicks out of the record. We’d love to take it on the road; it was recorded completely live, it’s a raw as it gets,” adds TD. “I hope it hits people in their souls.”