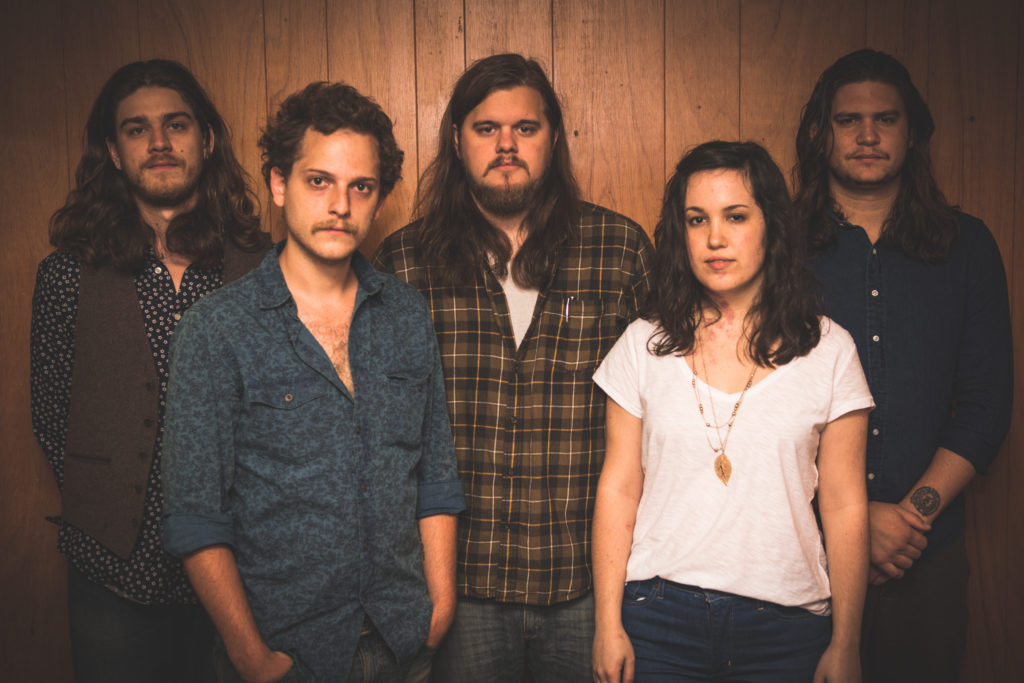 Nick Pankey and Kaston Guffey, who seem more like brothers than life-long friends, met each other in the Ozark, Missouri middle school equivalent of home economics class. “It was a great class, and of course we met girls,” says Pankey with a laugh. The pair bonded over music in high school, and made basement recordings under the supervision of a friend’s stepfather who operated a home studio and worked for artists like Mel Tillis and Steve Miller Band. “It was fun for him, he wanted a reason to run his gear and dial-in his room, so we’d go over there and cobble together records. He donated his valuable time to teach us the process.”

The pair eventually moved to Boston for a much-needed change of scenery. “Have you ever been to Missouri before?” asks Guffey. “Hopefully that answers any questions about why we’d move,” he laughs. “We had a friend who lived there, and Kaston decided to go visit by train. The next thing you know, we were living there,” adds Pankey. “We made two more records in our tiny apartment using all the skills we’d learned. Another band we knew talked us into moving to Nashville, and here we are.”

On August 25th, Guffey, Pankey, and the rest of their folk roots outfit, My Politic, will release 12 Kinds Of Lost—their seventh recorded album, but their studio debut, via The Orchard. Recorded live at The Sound Emporium, the album was carefully crafted, the songwriting poignantly honest, and the band united in purpose. “Everything before seems like a practice record,” Pankey reveals. “The record is kind of a sad one, the subject matter is dark,” explains Guffey. “It wasn’t a good year; my mom got diagnosed with stage 4 cervical cancer, and the period of time between diagnosis and remission was hell,” he adds. “I was depressed at the time, channeling it through writing to get rid of it. When I’m feeling sad like that, no matter what the subject is, it has a sad sheen to it.” The entire band was experiencing loss of some kind at the time of recording, causing the studio performance, and consequently the album as a whole, to be steeped in gut-wrenching emotion.

Building from their early influences, which include Dylan, Prine, and Van Zandt—the very threads of the woven tapestry of American music—My Politic leaned into the bluegrass realm for 12 Kinds Of Lost. “It’s all storytelling at its core,” says Pankey. “You pick out the sounds that will color the emotion behind the lyrics. I can’t wait to do it all over again.” “This record was narrative-driven,” adds Guffey. “I like to create characters and stay true to what they’d say, think, and know in the song.”

My Politic will celebrate the album’s release with a show at The Family Wash in Nashville on August 28th, but don’t think for a second that it’s going to be a sad occasion. “We don’t want to make people sad, we want sad people to know they aren’t alone,” says Guffey. “Townes Van Zandt writes sad music, but when I listen to it, it makes me feel comfort and connection.”  “Hopefully people enjoy it, and if not, we’ll have a really nice coaster set at the house,” Pankey laughs. “Like thousands of coasters. Yeah our kids will say, oh! That’s why we live in a doublewide, thanks Daddy!” “You won’t be able to afford a doublewide,” Guffey teases. “Stop dreaming.”