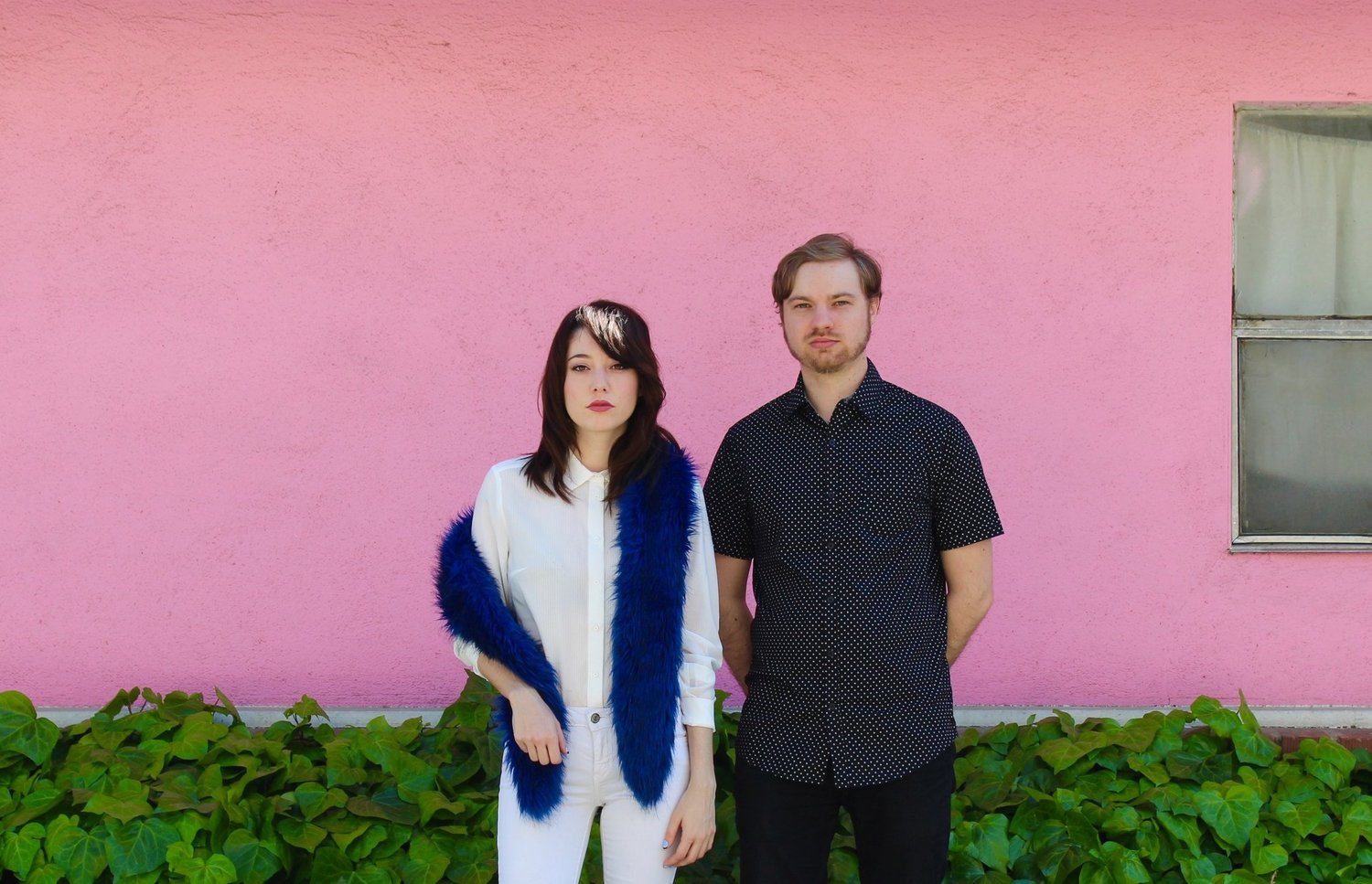 Spencer Livingston and Alex Moore, otherwise known as Livingmore (see what they did there?), are preparing to release Ok To Land, their debut album set to arrive later this year. The pair recorded the album with producer and friend Brian Rosemeyer at Kingsize Soundlabs in Eagle Rock, California.

“We tracked everything on Saturdays and Sundays over the course of about six months,” recalls Livingston. “It was a really good experience, the first time we’d recorded in a nice studio and had the ability to do whatever we wanted.” The relaxed vibe of the studio is definitely reflected in the album’s glorious blend of lilting harmonies, glimmering riffs, and catchy hooks will scratch all your indie rock itches.

While there is a lot of distracting noise in the musical landscape these days, the eccentric and endearingly quirky Livingmore stands out in a major way. “My personal inspiration comes from having a vivid imagination,” laughs Moore. “As a kid, I loved movies like Beetlejuice and Drop Dead Fred, out-of-the-box type things, alternative music, and I was always writing lyrics. It was how I felt comfortable expressing my opinion on things. That, mixed with Spencer introducing me to Neil Young and the Everly Brothers, when I’d mostly listened to bands like Garbage and The Hives,” she continues. “We both love storytelling.”

The duo displays a brilliant example of their stylish convergence of shimmer and stop iin album single, “Cocoon,” written in an Airbnb in New York
. “You know, because no one writes in their hotel rooms anymore, they write in their Airbnbs,” laughs Livingston. “I heard this melody in my head and, this sounds like I’m insane—the song itself has this feeling of ‘how is everything going to turn out’ and that ‘stuck in the middle’ melancholy thing, like when you’re waiting for life to evolve and you’re frustrated, but you realize something good can come from something bad or boring,” adds Moore.

The band has recently taken their craft to a whole other level, literally. The cover art for “Cocoon” features the pair with a butterfly-esque puppet friend, made with tender, loving, care by Livingston himself. “I used to work at this place called Kit Kraft here in L.A., I got good at crafty things, and became familiar with how to make puppets,” he explains. “It took me a day to sew it. It’s actually sitting on a desk right now staring at us,” he laughs. “I always loved ‘Sesame Street’ and ‘The Muppets,’ so that was the style I was trying to emulate.”

“First and foremost, it’s our friendship that makes this work,” Moore continues. “We’re both really easy to work with, we’re similar in the way we think about what makes a good song,” adds Livingston. “We see eye-to-eye on creative things, and have a lot of respect for each other. Alex is an incredible singer and writer, and I hope she thinks the same thing about me,” he laughs. “Random, useless facts are my specialty. I’m a hit at parties.”