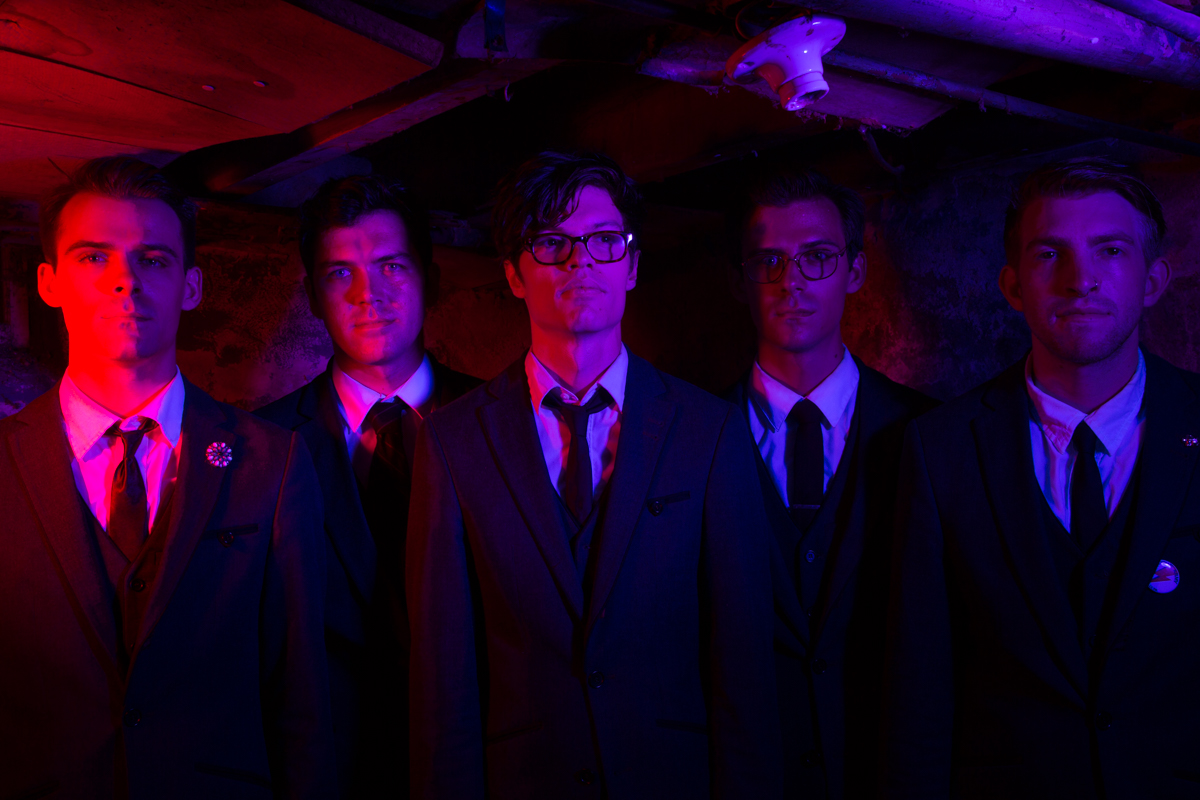 “In high school, we had a punk band called The Snails; we got really into Jamaican music for a while, into ska too, and after a while, we found this sound—60s mod kind of stuff,” Fausnacht explains “We’d been listening to a lot of weird psychedelic garage records, and fell into the soul rock n’ roll thing we’re doing now. We changed around some members, and now we’re The Dull Blue Lights.” The band is preparing to release a brand new self-titled album, recorded with legendary producer Andrija Tokic, who has worked with the likes of Alabama Shakes, Hurray for the Riff Raff, Benjamin Booker, and Nashville’s Clear Plastic Masks.

“We equally share a love for strong coffee,” recalls of Tokic with a laugh. “It was definitely a must during the process. He had so many ideas we’d never thought of, and the songs took on a personality. He was even physical in his approach—jumping around and stuff, he definitely kept the energy going. We were really inspired by the sounds he forged on the first Alabama Shakes album, it’s what we were going for sonically. His work ethic is unbelievable, he pushed us to keep going,” he continues. “He’s such a hard worker, and we are too, so we meshed well.”

While the band has landed on something they call “Basement Soul” for their self-titled effort, don’t consider it “settling.” “I don’t think any sound will ever be ‘it’ for us,” says Fausnacht. “If you went through our record collections, you’d be like ‘What in the world?’ I wouldn’t be surprised if we released a flamenco record at some point,” he laughs. “We just love music and the creative process. Andrija really helped us find the sound for this record though, there’s a lot going on.”

“We’ve given up on the idea of genre. We take everything on an individual basis and it’s cohesive because it’s the same five people writing it all. Having Andrija helped make the sound of this album distinct,” adds drummer Josh Parry. “This album is a cathartic journey of a band searching for itself, and discovering that it is everything all at once. We had our fun making it, and we couldn’t be more excited to see everyone else have their fun listening to it.”

The Dull Blue Lights will soon be rocking a city near you, and making a stop in the Music City on August 12th to play at The Basement. Today, East of 8th is thrilled to premiere the new album from The Dull Blue Lights, out July 13th: