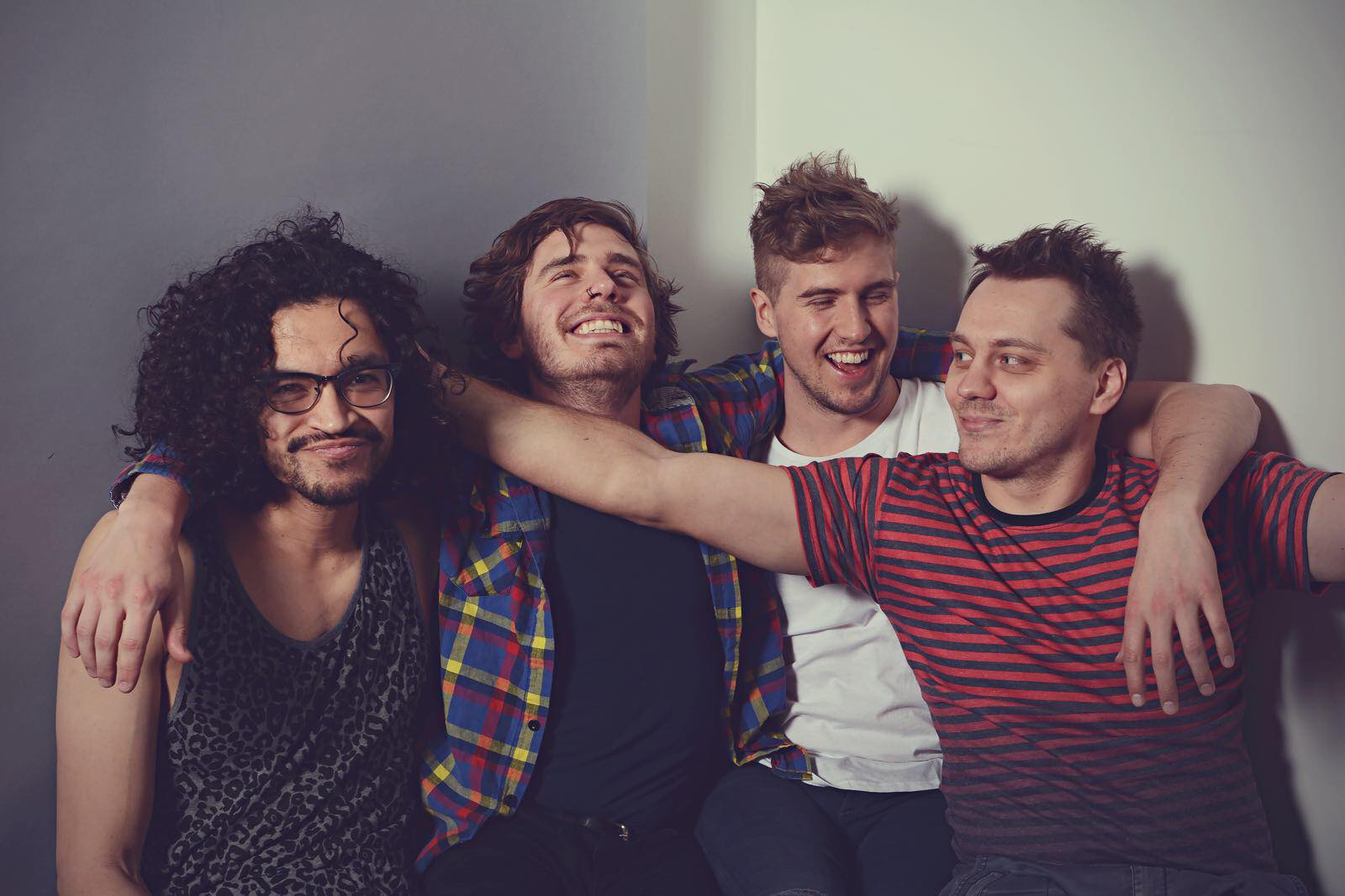 Many have made wise and enlightened statements about life being about the journey rather than the destination, about making the most of the experiences encountered along the way, relishing the lessons learned and impact that our choices have on what’s to come. Sometimes, the path winds through areas of trying circumstances that lead to self-discovery and change our trajectories altogether. This is exactly what happened to Vancouver-based artist James Priestner, whose path was made of ice and was leading him to stardom in the NHL. “I grew up as an athlete through and through,” he recalls. “I played one of the highest levels of junior hockey in Canada; you get drafted and go live in the town where the team is located, and lived with a host family. I moved away to play hockey at 16.”

The young Priestner found himself with a lot of free time when away from the rink, so, as teenage boys do, he bought a guitar. “I started playing it, very terribly, learned three chords, and write a song. I thought, ‘What the hell just happened?’ and then I was like, ‘Oh no! Can I do it again?‘ And I did it, again, and again, and again,” he laughs. Soon, he fell in love with making music, and lost his passion for hockey. “To be playing at that level, I was living on a bus for half the year with the team—not that I didn’t love that—but I’m a pretty independent person, an independent thinker, and being in someone else’s system, playing by their rules, eating what they want you to eat, after a while, I didn’t want to do it anymore,” he explains. “I lost my heart in it; I was fooling myself to think I could continue playing at that level if I didn’t love it.”

After changing his course, Priestner set his sights on travel. “I wanted to see the world. I went to to Southeast Asia, India, Japan, Europe. and it opened up my eyes. I realized I could be who I wanted to be; I saw so many different people from so many different countries doing so many different things. The world is a big place, and I realized I could do what I wanted to do, I didn’t have to stay in the same spot or live in the town i grew up in,” he recalls. “The possibilities were endless.” Priestner then moved to Vancouver, British Columbia for school, and crossed paths with drummer Ian Cardona. “We decided to play together. He was living with four roommates in a shitty little house, and had his drum set sitting in the corner of his room,” he says. “We got better as time went on, and over time, assembled the band.”

That band, collectively known as The Lunas, makes body-shaking pop rock anthems, like their recently-released debut single, “Until I’m Dead.” “We were doing soundcheck in London, Ontario, and I started plucking a chord to see if my acoustic guitar was working, and I remember being like, “Ooo I like this!’” laughs Priestner. “I pulled out my phone and started recording what I was playing. After the show, i got in the vehicle and wrote a verse and the chorus. I was reading a book at the time about a man who was fighting his own personal demons and addictions,” he continues. “He knew he was going to have to fight until the day he died, and it inspired the song.”

The Lunas have shared stages with bands like JPNSGRLS, toured across their home country twice, and are gearing up to release their debut EP, A Curious Life, on June 9th; Priestner’s path continues, curiously crooked, beautiful, and exactly as it should be.