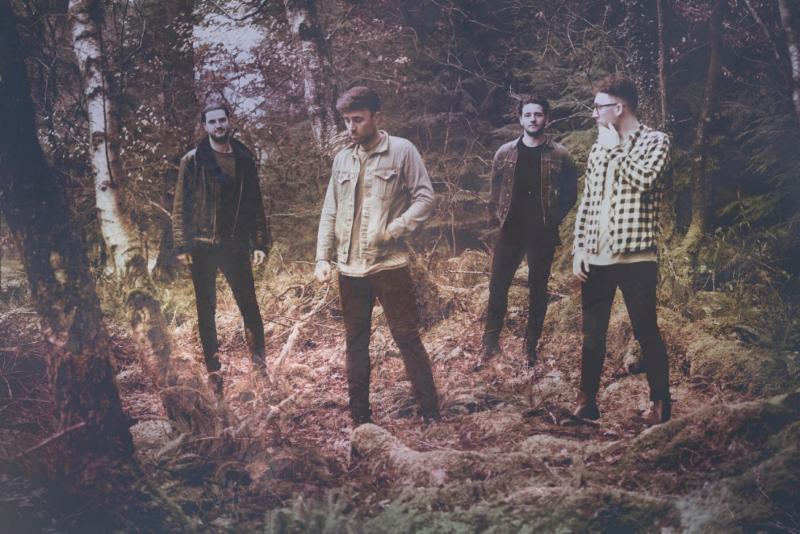 In the frenzied midst of releasing a brand new album, planning a launch party, and squaring away months of tour dates, Alvarez Kings guitarist Sean Parkin is a good-natured sport, especially as I do my darnedest to convince him to move the electro-pop rock outfit to Nashville from the British Isles, a lovely addition to our music scene. “Hell, if Robert Plant can have a house out there, there’s room for us, right?” he says with a laugh. Yes, Mr. Parkin, you are absolutely right.

Parkin and Alvarez Kings drummer Richard Walker have known each other since childhood; the pair got together to play Zeppelin, Hendrix, and Thin Lizzy covers, and were in bands of their own. Vocalist Simon Thompson and bassist Paul Thompson also met as children (because, well, they are brothers), and were in a band together. “I met Simon when I moved to London about six years ago; Simon asked if I’d like to join him, to which I said no. A few months later, he got me really drunk, and I said yes. We’ve been making music ever since,” Parkin affectionately recalls. “I always kind of wanted join anyway.”

“This band is everything to each one of us,” he continues. “Simon is an unbelievable writer, Paul has one of the most eclectic ears I’ve ever known. I’ve never met a guy who hits drums as hard as Richard, he’s like John Bonham incarnate. I contribute production, I like to arrange and come up with soundscapes.” Those amazing individual qualities blend seamlessly and are remarkably displayed on their new album, Somewhere Between, which was released on April 21st via Warner Brothers Records. “This album is the literally the culmination of the best part of the 11 years of our lives as musicians, and the best part of the five years we’ve been making music together as the band we are now. It’s the culmination of all the our hard work, stories, and soundscapes,” Parkin explains. “It’s the story of us.”

Recorded in and partly inspired by the sunshine and skyline of Los Angeles, Somewhere Between features arena-sized vocals over lush, synth-rock layers—for lack of a better word, it’s epic. “Synth music is something we were all heavily brought up on, so we add that to the music,” he reveals. “I’ve always been drawn to that sound; the difficulty is, with the way that we write, it’s not as organic as people might expect. We don’t always get a room together and something happens—it has happened, but it’s a lot of bouncing ideas around, I tend to write on a computer or they’ll throw ideas at me over voicemail. Our song ‘Run From You’ was created by chopping up voice memos and creating backing tracks on the computer, and it developed from there.”

The band is now touring in Europe (supported by Nashville rockers Future Thieves) before crossing the pond in June—fingers crossed that a Nashville date magically appears on the Kings’ calendar. “We want people that love our music to share it; the more people that hear about us, the more we can come to places like Nashville more often,” Parkin concludes. “That’s what we want to do, perform for people. It’s the absolute end-all be-all for us.”