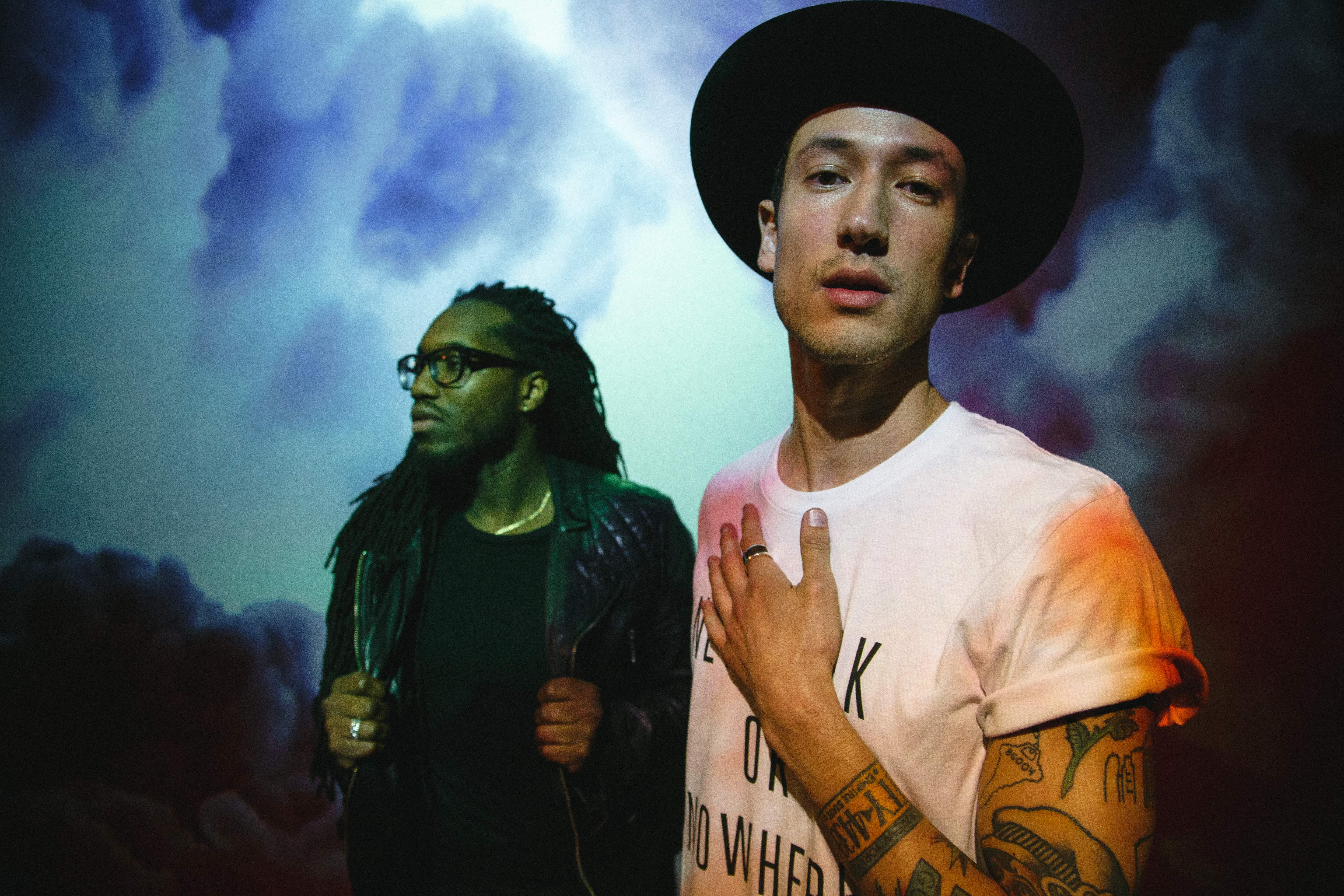 “We say we have the same brain,” laughs Andy Suzuki about his partner in music, Kozza Olatunji-Babumba. “We have the same taste in what we think is fly. We communicate a lot, and we’ve gotten pretty good at it since we’ve been together for a long time.” The pair, who together make up Andy Suzuki & The Method, met in 2005 while attending Brown University. “We were introduced by a mutual friend, who we remain homies with today,” he explains. “I knew Kozza drummed—his grandfather was a famous Grammy-winning West African drummer named Babatunde Olatunji, who was one of the first to bring West African drumming to the States in the 50s and 60s. Kozza had been playing djembe and doing West African hand percussion since before he could walk. I told him I was writing songs, and asked if he wanted to play together, so we did; it was super mediocre,” laughs Suzuki. “They were the first songs I’d written, I was playing piano–we were trying to put piano and djembe together, and it wasn’t really working out. We almost called it quits, but we played one last song. He did these two drum hits, and I just heard so much potential. We’ve been grinding ever since.”

The duo has spent the last decade in sonic exploration, a journey which landed their previous release in the folk pop realm; Suzuki says for their brand new record, The Glass Hour, released on February 3rd, they finally stopped fighting what came naturally—R&B. “We like so many different kinds of music; initially, we came together over our love of singer/songwriters like John Mayer, but also R&B, soul, and hip hop. What we’ve ended up with on The Glass Hour is a pretty diverse album. My voice always tends to go R&B because I grew up singing and listening to Boys II Men, Usher, 112, and Dru Hill, I learned to sing listening to those guys. I’d always been like ‘I’m a half-Japanese half-Jewish dude, what am I doing singing R&B?’,” he says with a laugh. “The bluesy stuff always felt good too. We decided to stop fighting R&B, and brought on a producer, Juny Mag, who really made the songs what they are.”

“I’m a big believer in hard work,” he continues of their musical journey. “I started writing my first songs in high school, and they were bad at first, but I saw potential. There’s this quote by Ira Glass that basically says that those who do creative work have good taste, but the work they make doesn’t meet their tastes at first. You have to put in a lot of work to make your art match your ambitions. It took me a very long time to make that happen,” he adds. “The Glass Hour is the best thing Kozza and I have ever made. I’m so proud of it.”