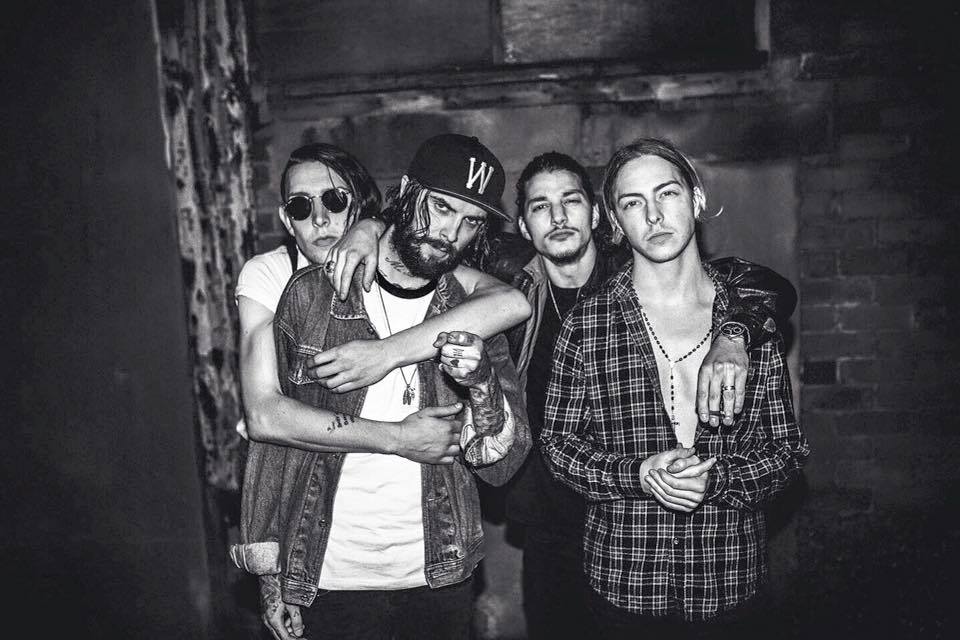 Once upon a time, musical friends from Hertfordshire who met in college, Ryan Potter (“Valentino”), Dan Dorney (“Bandana Dan”), Jermaine Angin (“Prince Jamma”), and Jack Metcalfe (“IK”), decided to leave their respective bands and join force to form alt-rock outfit The Hunna. “We got together and started jamming,” says drummer Metcalfe. “It just worked.”

That might be the understatement of the century; The Hunna is tearing up the rock n’ world scene all over the globe, touring with bands like Jimmy Eat World and The Struts, and celebrating the recent release of their beautifully ambitious 16-song debut album, 100. The foursome is now on the Alt-Nation Advanced Placement Tour with Night Riots, The Shelters, and more, which will bring them to Nashville for a show at Mercy Lounge on Sunday, November 20th.

“We’ve learned so much,” Metcalfe says of touring the States for the second time. “To be playing with a band like Jimmy Eat World who we grew up idolizing is such a privilege. We go hard during our sets, we’re just doing our thing. We love knowing that we’re making an impact on people. We’re taking it day by day, rocking out. We’re all into rock, and that’s what we’d been playing since we were kids. Our parents introduced us to bands likeThe Beatles and Queen, but our tastes lean toward the eclectic—hip hop, metal, and punk,” he adds of the band’s style influences. “We’re a guitar-based band who have been through a lot, and our lyrics and sound reflect that.”

While their schedule is hectic, the bandmates make having fun a top priority. “We’re all pretty loud,” laughs Metcalfe. “We’re just basically four best mates. Jermaine is the party animal; once he’s had a drink or two, the dance moves come out, MJ-style. When I get drunk, I rap a lot. Dan is such friendly guy, he gives great hugs. Valentino is quite the ladies man, he has a gift, and he’s also hilarious. It’s definitely a team effort.”

While fun is important, The Hunna take what they do seriously, and are on a mission. “It’s about putting 100% into everything you do, being around positive people, and inspiring the next generation to pick up instruments and play. I mean, that’s why we’re here, because we were inspired by the generations before us,” Metcalfe explains. “We encourage our fans to be themselves, to find what their passions are and follow them with everything they’ve got.”