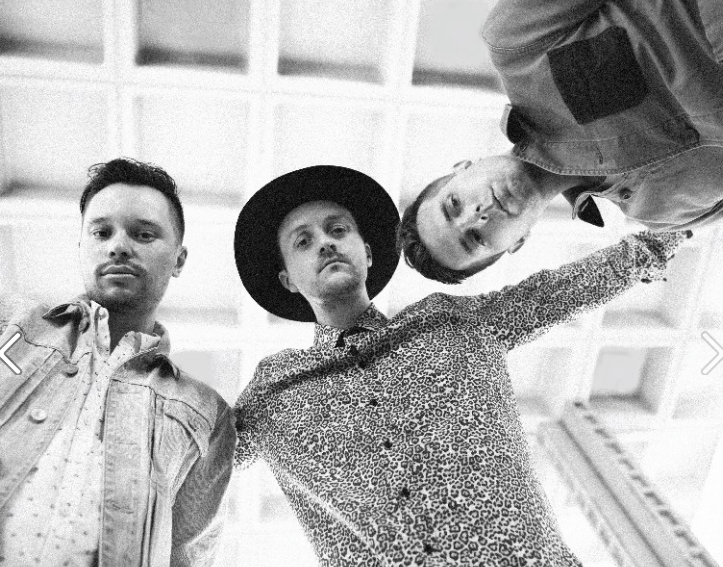 I recently caught up with Nashville-based electro-rock band Paper Route founder and fellow lover of puns, Chad Howat, while he lunched on a hearty chicken salad wrap as I enjoyed a refreshing grapefruit La Croix. The band is currently on tour supporting their most recent release, Real Emotion, out this September via Kemosabe Records.

Real Emotion shows a more contemplative side of Paper Route’s songwriting, inspired by personal struggles with mental health and related realizations. “Mental health has been at the forefront of our brains for most of our lives,” Howat explains. “I’ve struggled with OCD, anxiety, and depression on and off for half my life, and I know some of my bandmates have as well. In our 20s we focused writing about relationships and unrequited love, but now we’re focusing more on how to be healthy in our relationships, and learning what real love looks like—it’s very different than what we thought it was years ago. Our new album is about how our brains can play tricks on us, and it’s troubling to feel like the natural version of ourselves isn’t as good as the medicated versions of ourselves. It’s a tough pill to swallow,” he adds. “No pun intended.”

The trio found themselves in Chicago the day the Cubs celebrated their historic World Series win, and were in Washington, DC on election night. “Last night, we spent time in a barcade with a magician who regaled us with tricks. I’m an amateur magician myself, so I was in heaven. We’ve been in all the hot spots over the last few weeks,” laughs Howat. Paper Route finishes up this first leg of their tour with a show for the hometown crowd on Sunday, November 20th at Exit/In, with support from HalfNoise and Civilian.

While many bands are changing their sound to reflect the trend towards electronic music, Paper Route has always been in that realm since forming in 2004 when the electronic music community was basically nonexistent in the Music City, and have stayed true to their roots. “We’re the forefathers of the movement,” Howat says with a laugh. “When we first started, we got weird looks from others who’d say, ‘Wait, you make music with laptops? What?’ But now, more people go to co-writes with laptops than guitars these days probably. We were just trying to figure it all out years ago, making music on on our computers and using cheap samplers,” he continues. “The music community is really changing in Nashville, and more than ever, there are more people developing new things in town. We’re proud to be from there.”

For tickets and show information: http://www.exitin.com/event/1297499-paper-route-nashville/