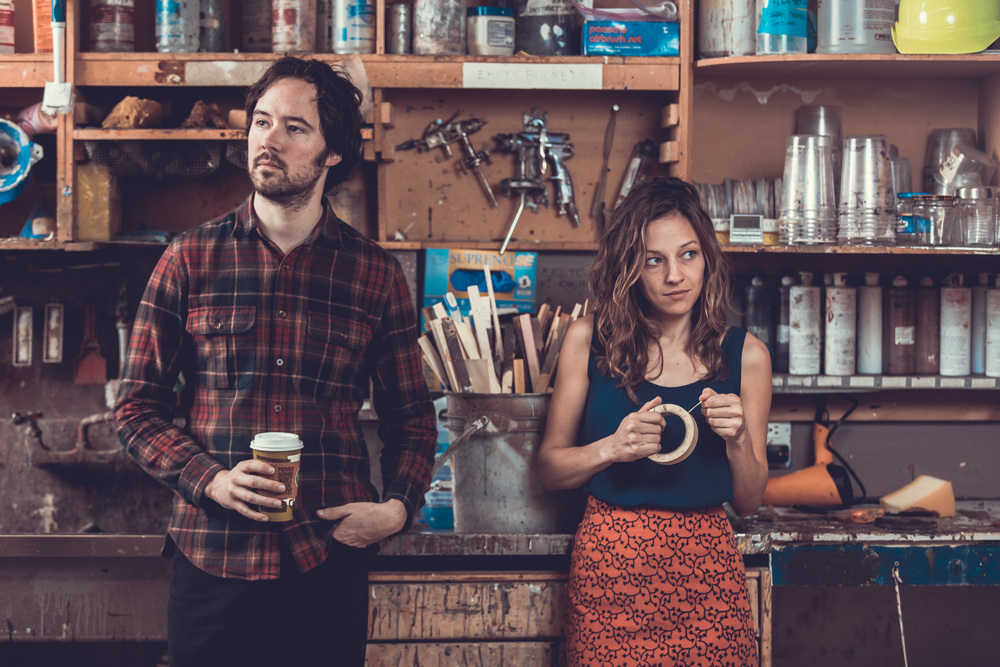 “Over the last couple of years, we’ve all experienced all of these newsworthy events, and in the context of the upcoming election, it just feels like chaos swirling all around us,” laments Emily Frantz, one-half of North Carolina-based bluegrass-inspired folkicana outfit Mandolin Orange. “You can’t get away from it; it definitely informed the lyrical content of the new record.” Frantz and co-founder Andrew Marlin released their new album, Blindfaller, on September 30th via Yep Roc Records.

“Andrew writes pretty much all of our lyrics, and he’s never shied away from heavy subject matter, though on our past records, it’s been more introspective, related to personal experiences.” she continues. The new album tackles modern day themes common in today’s headlines and in daily life—racial tension, war, and struggles with religious issues, yet this pair delivers their sentiments tenderly with their graceful and sweetly effortless blend of vocal harmony delicately layered over bright mandolin balanced by deftly-maneuvered acoustic guitar. “We know that when we put music out there, listeners aren’t going to have the full context of everything it meant to us or know where it came from, and maybe that’s the way it should be—the music should take on its own meaning for each person listening, based on what they’re hearing, and we have to be okay with that,” she continues. “In the Americana-folk realm, artists in the past were speaking out about things, and now it doesn’t seem like that’s as much the case. We aren’t looking to force issues, but we also feel like we ave something to express when something is important to us. We want to bring those conversations into this realm with our music.”

The band ventured into new territory when recording Blindfaller; “We usually capture everything live as the two of us play together, in one take, and add other elements later,” explains Frantz. This time, we did that, but also we had a full band with us playing the songs live, fleshing them out in the studio. We got the chance to really explore the songs and incorporate the ideas of the other musicians.”

Mandolin Orange recently participated in a showcase at this year’s AmericanaFest in Nashville, and are back tonight for a show at Exit/In. “We like playing Nashville, even more now that people actually come to our shows,” she laughs. “In the beginning, we would play and no one would be there, and we’d start wondering what we were doing with our lives. Now it feels like a welcoming community.” The band kicked off a proper tour to support the release of Blindfaller in San Francisco on September 30th, which will end with an already sold-out show in their hometown on November 20th.

For tickets and show information: http://www.exitin.com/event/1260477-mandolin-orange-nashville/