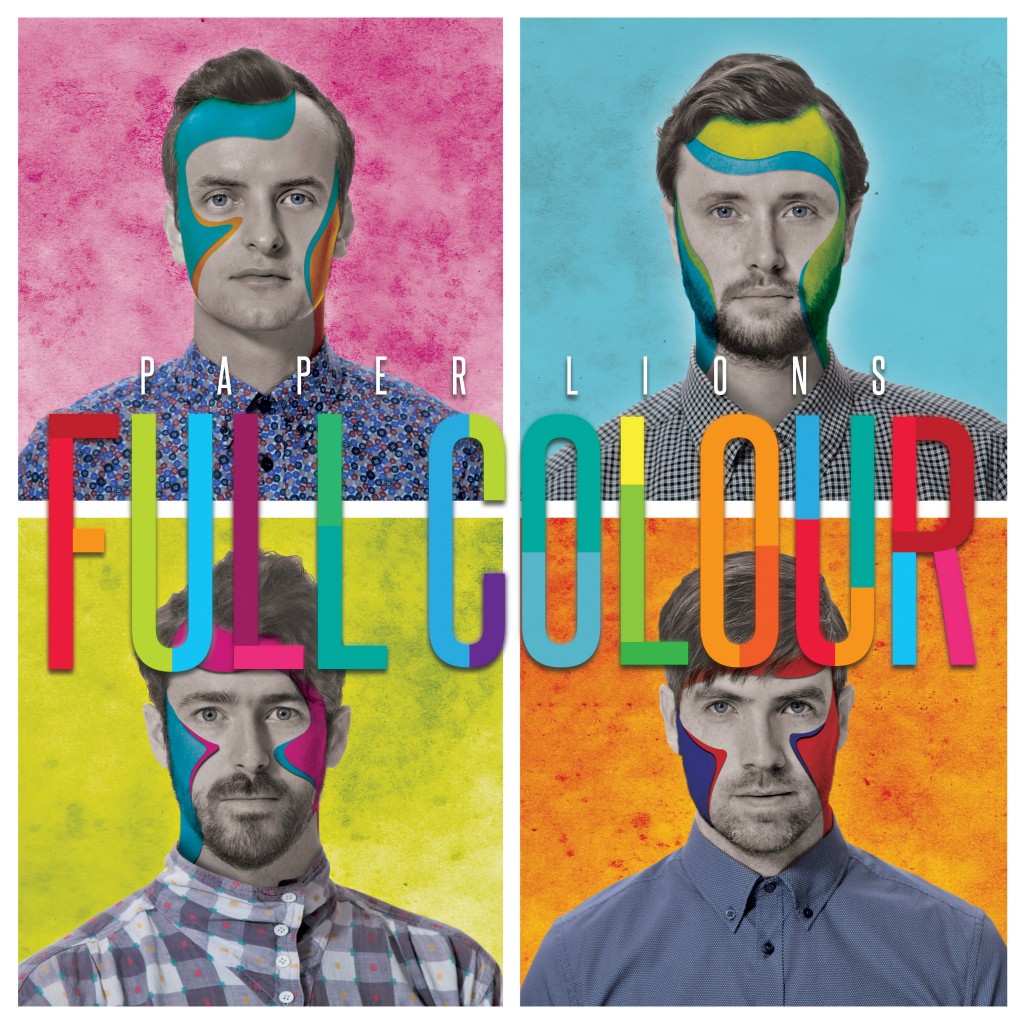 Canadian pop-rock outfit Paper Lions is currently maintaining their sanity in the midst of a “record release storm”, says lead vocalist John MacPhee. The band, which has been together for over a decade, unleashed their latest album, Full Colour, on September 16th.

The band had a unique opportunity when recording this time, a process that took the four-piece two years to complete–they relished every minute of it. “Historically, we’ve written our records in a live setting, and we would take those live demo versions into a studio in a large city, get them them tracked, and then get out of there as quickly as possible since it’s quite an expensive process,” explains MacPhee. “This time, we were fortunate enough to have access to a studio in our hometown, and we were able to spend a few days a week working there for hours at a time. We brought ideas in and spent the rest of the day developing those ideas into songs. It was creatively satisfying, and a huge luxury.”

This go-round, emphasis was placed on experimenting and pursuing anything sonically that felt right in the moment. “In the past, there was a little fear in doing that, and as a result, there were songs that hit the chopping block right out of the gate,” he recalls. “This time, we allowed songs to unfold naturally without judging them prematurely. It was so rewarding; we were able to record the biggest, brightest versions of ourselves and our music.”

The result is an iridescent collection of eleven arena-sized pop anthems brimming with synth-y goodness. Paper Lions will tour in Canada until December, but intends to head south shortly thereafter to light up the States with their new material and a fantastic live show that MacPhee promises is a sight to behold. Definitely keep this band on your radar.