If you follow this site (and if you don’t, you really should), you’ll remember that we sent our trusty contributor, James Farley, to Louisville to cover the Forecastle Music Festival in July; dear James was rendered utterly speechless by the performances he witnessed, but he managed to get himself together long enough to jot down nearly decipherable notes during some of the shows. He has now emerged from the haze of his elation, and delivered a select group of show reviews, just for you: 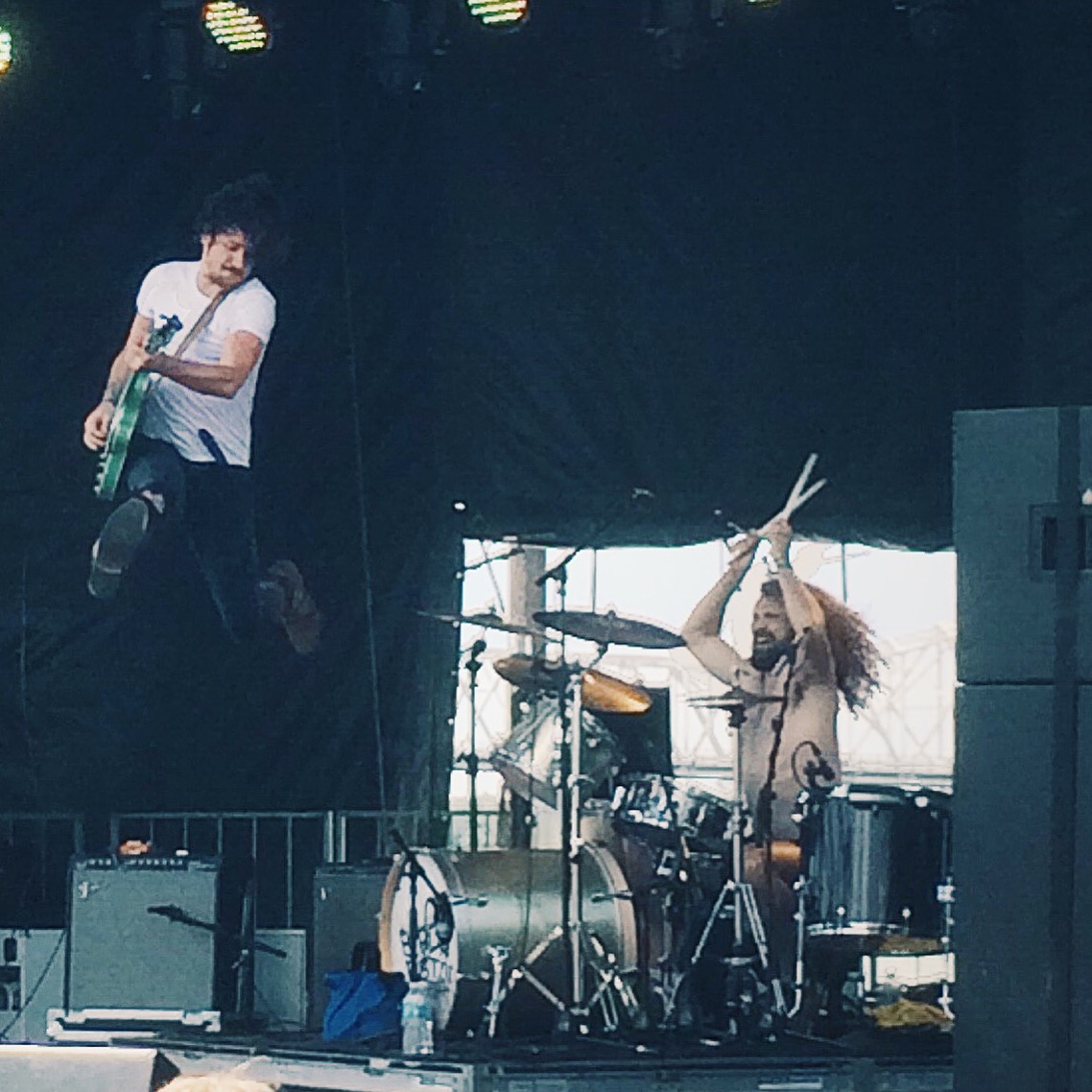 I had never listened to or seen Black Pistol Fire—a duo, surprise #1—who immediately grabbed every bit of my attention, and kicked some serious ass (musically-speaking)—surprise #2. This pair made more noise than an entire band of people, pumping out sound and shredding it to pieces. Frontman Kevin McKeown was unbelievable; not only does he have an incredible voice, he is a phenomenal guitarist, playing lead, rhythm and anything else, all while jumping off of all elevated surfaces in sight. At one point, McKeown jumped onto the back of one of the security guards and ripped a guitar solo right in in the faces of the fans in the front row. Drummer Eric Owen was equally fantastic, with energy that burst through the speakers (and probably through several drum heads). With their visceral energy and stunning set, Black Pistol Fire definitely won over the audience, and made fans of us all. It was truly astounding; these guys know how to rock n’ roll. 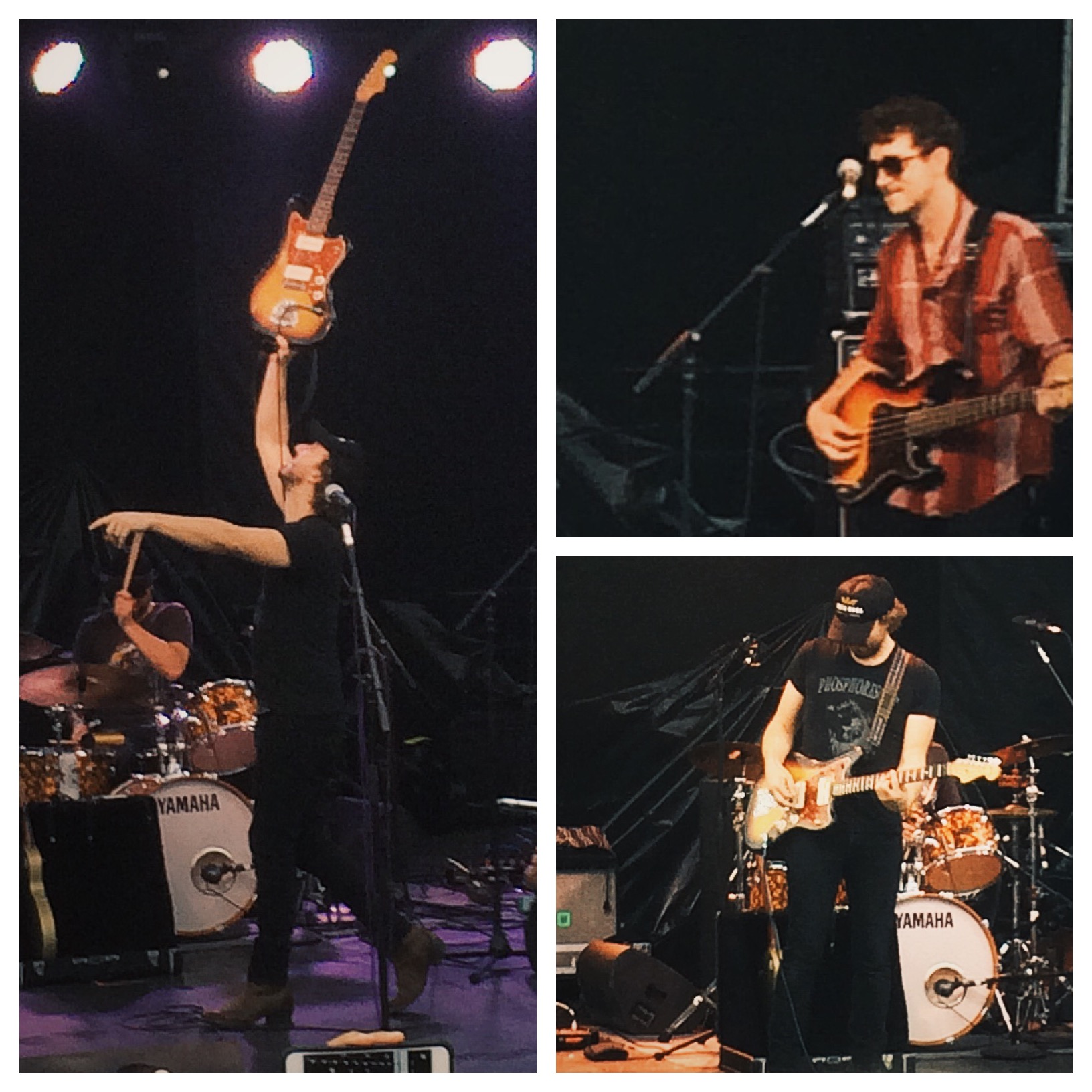 Boom Stage to a packed crowd; I was mostly unfamiliar with his body of work, but I was captivated from the start. Houck and his band, with their collective, quiet confidence, mesmerized us with their Americana-tinged set; the band was tight and Houck delivered each line with relative ease. There was no crazy light show or over-the-top energy, but the performance was undeniably powerful. Unfortunately, halfway into the set, the Forecastle staff closed the festival due to severe weather and evacuated the audience. After a two hour break, the gates reopened and the band picked  up started right where they left off; Phosphorescent finished the set with endurance and much aplomb, and gained a fan or two hundred along the way. It was surely one of my favorite performances of the entire festival, and Houck can definitely count me as a devotee.

The next show on the Boom Stage featured Nasville favorites, Moon Taxi; I consider myself a veteran of Moon Taxi shows, and each one I have attended is even better than the last. The set began with Cabaret, my personal favorite, and the energy steadily escalated to mild hys 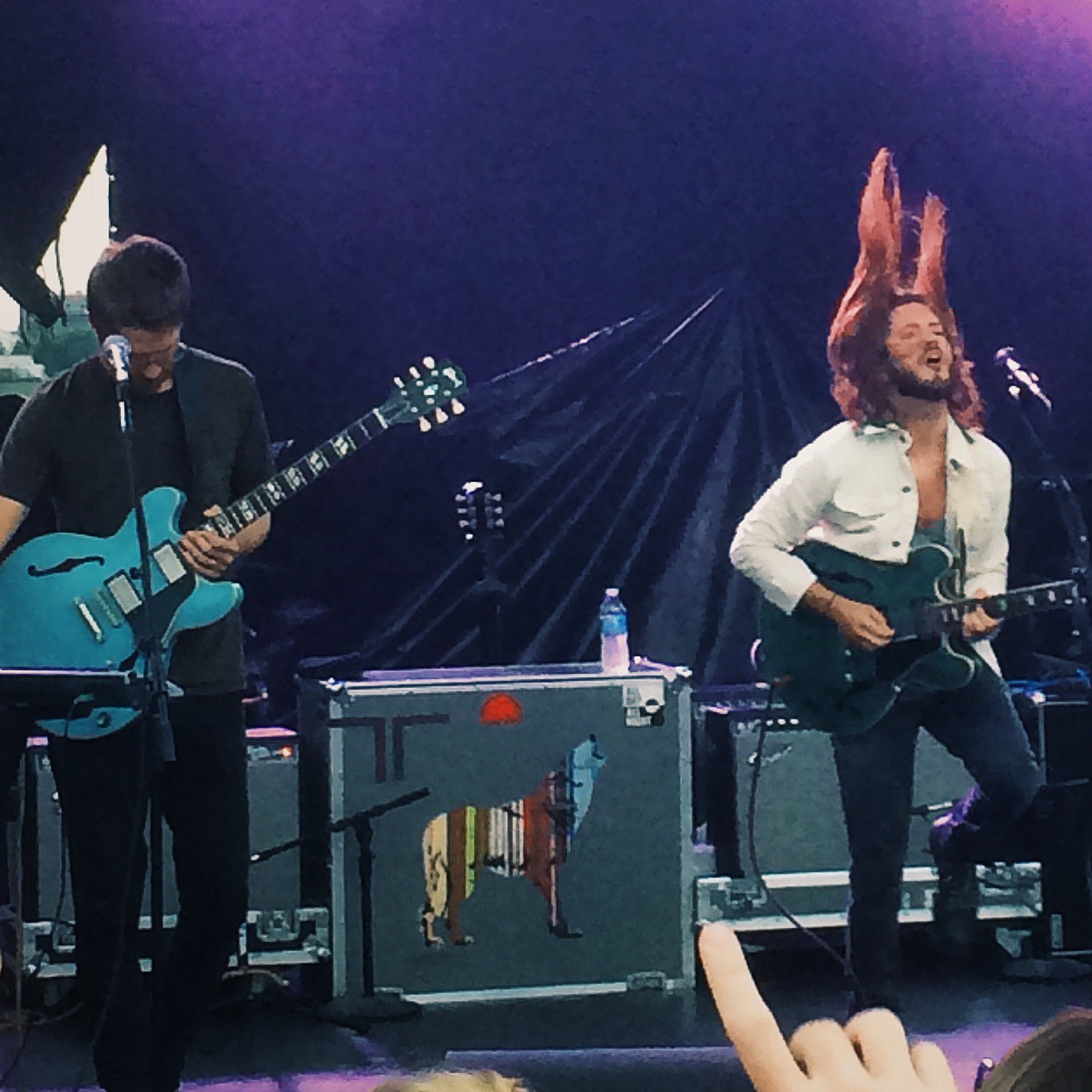 teria by the finish. Moon Taxi was on point in every way, with each song taking on a life of its own. At some point, three massive beach balls appeared (probably the biggest beach balls I have ever seen), and the crowd couldn’t get enough. This show was nothing short of a party, and one of the best of the festival. Flawless musicianship, inexhaustible energy, and sheer joy were the themes of the evening.

Friday’s festival headliner was none other than The Avett Brothers; it was my first live experience with the icons-in-the-making, and they did not disappoint–the set list was close to perfection. The Avetts flawlessly executed their rootsy sound—individually, they shine, but the collective is brilliant. This performance reminded me why I fell in love with this band so many years ago. I will never forget it.