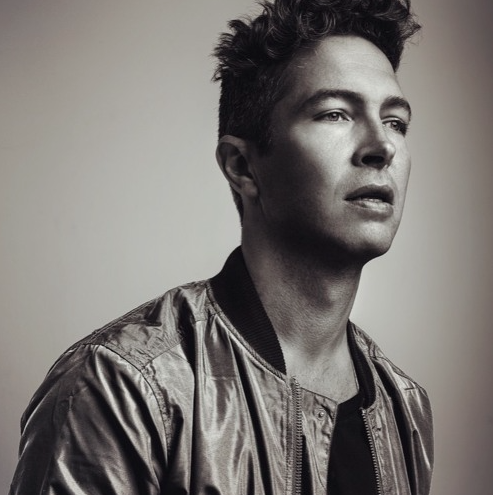 “It’s the kind of music that gets stuck in your head, the music that’s makes you want to dance. There’s a reason why it’s called ‘pop’—it’s popular, it’s infectious and memorable,” says Matt Wertz, Nashville’s premiere purveyor of pop music, whose latest album, Gun Shy, is set for release on May 20th.

Gun Shy finds our favorite Matt Wertz exploring a different sonic path than that of his previous records;  “I realized I’d been making very similar records in Nashville since I moved here in 2001— the writing and recording processes were identical every time.  At the same time, I’d started a playlist on Spotify where I’d add new songs I liked on Wednesdays, called ‘Wertz Wednesday’.  It served as a different way for me to connect with my fans and to turn people on to new music.  I found that my taste was leaning in a new direction, the music I was making was different than what was on any of my albums,” he explains.  “I asked myself, ‘If I’m going to continue to make pop music, what colors do I need to paint with in order to get in that gallery?’ Melodically and subject matter-wise, my music doesn’t change,” he adds.  “It’s just the color or the brushstrokes that differ.  I’ve always enjoyed being a little on the outside; my music has never been really at home here in Nashville.  The reasons why I feel at home in here aren’t really creative-centered ones, I just have a really great community of friends here. I do have friends in town that I enjoy creating with, but its become less about being here for the industry and more about being here because this is where my people are.  I love Nashville.  There’s an energy and a spirit of togetherness that’s unlike anywhere else I’ve been.”  Even so, when it came time to start the new record, Wertz decided that he needed a change of scenery.  “I figured that since L.A. is the epicenter of pop music, I needed to go there for an extended period of time to immerse myself.”

Wertz relocated to Los Angeles for a couple of months to write and record his music in the southern California sunshine, in the shade of the palm trees, and emerged with an infectious blend of sparkling, synth-y gems that explore the age-old ideas of love and loss.  “Anytime I finish a song that makes lyrical sense, I’m like ‘that’s a miracle’,” he says with a laugh. “”How I Remember You’ is nostalgic and reminiscent of a relationship that’s broken and trying to make sense of it, and realizing that it may never make any sense.  One of my favorite moments is the bridge of that song, it says ‘We gave each other something that we never gave no one/It only made us feel lonely until we had enough/And no I don’t blame you for what we came to/Everything and nothing, that’s how I remember you.’ It just does something to me! If you’ve loved and lost before, you’re going to relate to that idea.  i like the fact that it’s produced in a way that’s triumphant, it’s not sulky.  It’s like looking back without getting stuck.”

He promises a tour later in the year, after giving listeners a chance to live with the record before hitting the road.  “I’ve made a lot of music, this is my eighth studio album I think; while I love playing the older songs, I’m not ready to be a nostalgia act,” laughs Wertz.

“The album is like a little baby bird, you do what you can until it’s time to push it out of the nest.  It’s a great soundtrack for a car trip.  I want people to listen to it when they’re getting ready for a date, like when girls are putting makeup on and getting dressed up, and I want guys to listen to it when they’re on their way to pick up their dates, I want to pump people up.  I also want people to be able to listen to my music when they’re having a hard time and need a boost or need to know they aren’t alone. I hope it is the Swiss Army Knife of albums, a shape-shifter, whatever you need it to be,” he says with a laugh.  “In all seriousness, the story is one of taking up courage to step into the unknown.  It’s one of facing fears.  It’s the story of how the songs were written, and the story the songs tell.  We all need to be encouraged to be brave, to take risks, and to know that we aren’t alone.”