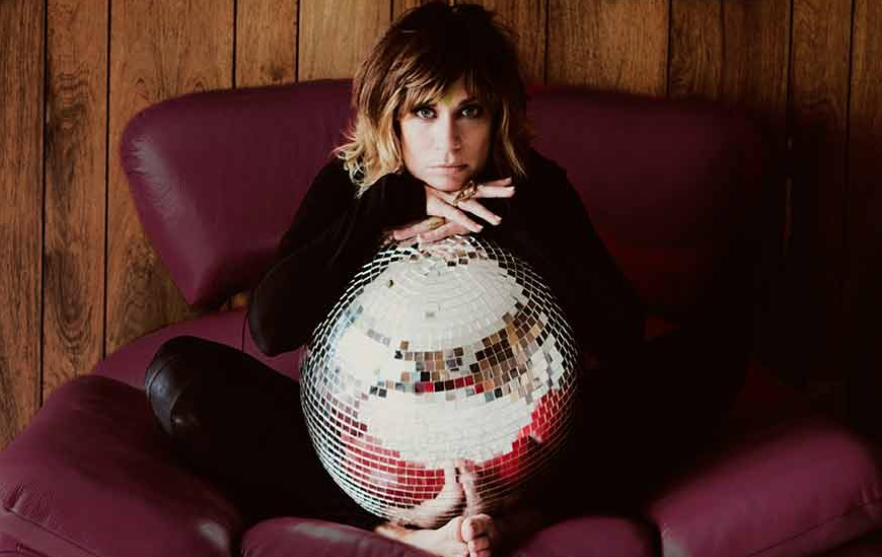 “I keep wanting to call myself The Blue-Eyed Goombah because I’m a Sicilian that makes dark-edged psychedelic soul,” says internationally acclaimed veteran songstress Nicole Atkins with a laugh.  “When people think of blue-eyed soul, they think of music that’s very white and measured, and my music is everything but.”

The singer, who is working on her next album, began her pursuit of a life in music after college.  “I always got fired from waitressing jobs, but never from singing jobs. When I graduated, I wrote a bunch of songs because all of my friends where in grad school and I had no life,” she recalls.  “One winter I moved to North Carolina and wrote all these songs about my hometown, which ended up being my first album, Neptune City.  I called it ‘pop noir’. I got approached by all these labels about putting that album out–it was perfect timing because I was living in a flophouse, splitting coffee and bagels for every meal with my roommate.”

A decade and several EPs and albums later, the New Jersey boardwalk-bred Atkins relocated to Nashville; “There are a lot of musicians in New Jersey, but the scene is mostly metal bands or pop-punk bands, and I wanted to be in a community where there were a lot of like-minded musicians that I could make stuff with whenever I wanted,” she explains.  “It’s so easy to get inspired here.  The people here are amazing.  There are so many super nice musicians, there doesn’t seem to be a nasty sense of competition. I’ve found my favorite burger joint already.  We’re still trying to find good pizza, though!”  The smokey-voiced singer has been attempting to wean herself from her GPS while figuring the lay of the land, and has finally learned the difference between a show and a showcase.  “When I played one of my first shows after moving here, I told the local band we’d probably play a 90-minute set, and they looked at me like I had eight heads,” she declares.  “I guess that one was supposed to be a showcase.”

With a sound that is heavily influenced by old country, psychedelic, and soul, Atkins admits that she’s not quite sure where her music fits under the broad yet somewhat strict Americana umbrella—her catalog of work is stylistically different with every release, but all have a common thread.  “I feel like all of my albums are total record store nerd collection kinds of albums.  The first one was obsessed with the 50s, crooner ballads, and that weird dead grandma ghost space,” she says with a chuckle.  “The second one was like your older brother’s 70s hard rock collection, and the next one was very desert disco prog rock.  This new one is like a Muscle Shoals-Grace Slick-goes-to- Memphis kind of thing.  I was nervous about being in Nashville, that people would be like ‘What the hell is this?  Get off the stage lady.  Go back to Broadway,’ but they weren’t! They dug it.”

Atkins, who also hosts a weekend radio show on Sirius XM channel The Spectrum, is planning to perform (a show, not a showcase) at local venue High Watt on April 30th.  “Nashville is a different kind of crowd for me.  In Jersey, I usually get a group of 20 or 30 ball-busters in the bunch, and it’s fine, but they don’t do that in Nashville.  I like it.  Everybody’s really respectful and cool and involved, and I don’t have to do improv comedy on top of playing my show,” she  laughs.  “I love how when you get the audience to do a group sing-along, it sounds fantastic.  I was like ‘Holy shit guys! Let’s all be in a band together!’  I even made a joke about it, there was this person talking in the back of the venue, and I was like ‘If you’re gonna talk, talk in the key of C, please.’”

Don’t miss your chance to sing along with Nicole Atkins at the High Watt on April 30th!  Purchase your show tickets here: http://www.ticketweb.com/t3/sale/SaleEventDetail?dispatch=loadSelectionData&eventId=6559895&pl=mercylounge&REFID=wordpress