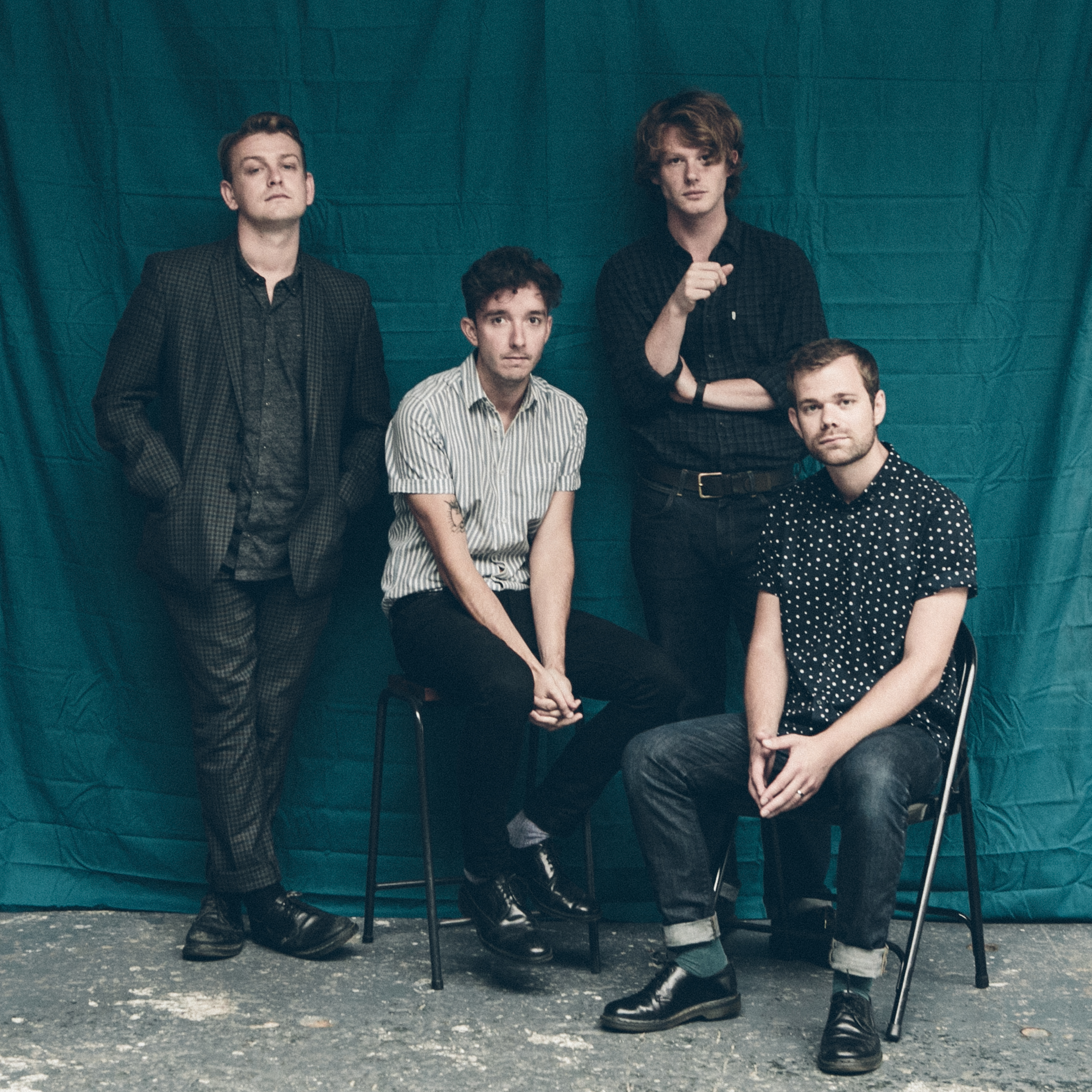 British alt-rock/pop outfit The Crookes call their music “pop with a backbone”.  “We have loads of influences, and we’ve always considered ourselves a pop band,” explains bassist and lead vocalist George Waite.  “‘Pop’ is a dirty word to some, but not for us.  I’m a big fan of ABBA; no one is in the same league melodically as ABBA, but you can aspire to be that way.  The wordplay of The Smiths and Morrissey, and the melodies are there, I would say that’s pop with a backbone—you don’t just pick up a Smiths song or a Cure song and throw it away, it’s with you for a long time, it has something to say.  That’s what we aspire to do.”

In fact, in one listen to their latest album, Lucky Ones, you’ll hear a cache of infectiously catchy tunes in the space where the intensity and drive of The Ramones meets the shimmer and emotion of The Cure—quite a change from their previous record, Soapbox.  “Soapbox was more introverted and angsty.  There was confusion about what kind of record we wanted to make with Soapbox, and it comes through in the mood of the album.  It sounds frustrated,” says Waite.  “With Lucky Ones, we had a a very clear idea of what we wanted to do; we wanted to make what in our minds was a pop record, something engaging that would put a smile on people’s faces.”  Waite calls Lucky Ones a reaction to Soapbox; “I’d had my fill of singing angsty songs.  When you’re touring for months, it’s much nicer to sing happy upbeat songs,” he says with a laugh.

The band was born nearly ten years ago when Waite met guitarist Daniel Hopewell in their university literature classes.  “One night Daniel and our guitarist came up to me and asked me if I wanted to be the singer in a band.  I said yes; now ten years later we’re touring all over America,” he recalls.  “It’s unbelievable.”

The U.S. tour began with the group playing ten shows in five days at SXSW Music Festival in Austin.  No big deal.  Now they’re traveling from coast to coast sharing their backbone-infused pop greatness with the masses.  “Touring in the States feels like stepping into the unknown; we grew up with American culture in England, we can’t get enough of it really.  We always say when we’re here that it never feels quite real, it’s like you’re on a film set.  You have to pinch yourself, it’s a real place, not just something Hollywood made up,” Waite laughs.  “It’s always an exciting adventure.  Everyone is so friendly; you can’t go a half hour without someone stopping you and asking you where you’re from and what you’re doing.  The crowds are really warm to us, we love it.”

The Crookes will slide into the Music City for a show on Monday, April 11th at Mercy Lounge with Geographer and local loves ELEL.  “It’s an honor to come play in Nashville, we’re excited,” says Waite. “ But really, we could play in the middle of nowhere and still have fun.”

To purchase tickets to the Nashville show: http://www.ticketweb.com/t3/sale/SaleEventDetail?dispatch=loadSelectionData&eventId=6471795&pl=mercylounge&REFID=wordpress