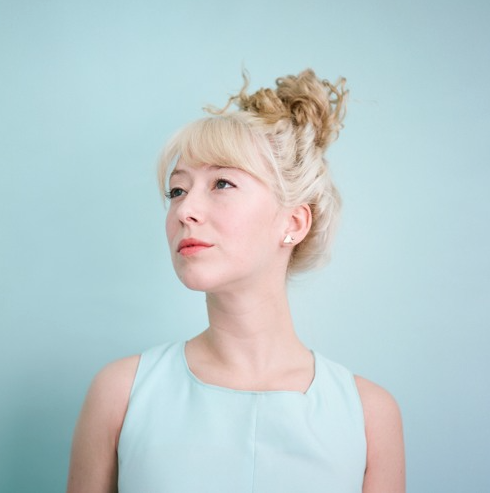 “My mom helped me come up with that name,” laughs Natalie Royal about the term “Gut Folk”, which she uses to describe her style of music. “She, like me, is a lover of words.  I was getting sick of calling myself a singer-songwriter; I feel like there’s a certain connotation that comes with that, especially in Nashville. My music, especially for this new album, is much more than that.  I’m not 100% folk, I’m not 100% pop, and I’m also influenced by R&B, and blues, and jazz, and so many different styles of music. ‘Gut Folk’ came about because folk will always be my roots, but the ‘gut’ part packs more of a punch.  Honestly, the whole album accentuates all my different loves.  The biggest compliment I have received is when people who have listened to the album tell me that they can’t figure out what genre it is.  I love that.”

The Nashville-based songstress’ second full length, Harbinger, comes out on Friday, March 11th.  The album, recorded at renowned Nashville studio The Bomb Shelter, was inspired by a unfortunate and tragic event: “I lost my dad in 2011 very suddenly to a heart attack.  I found it really hard to write for a while after that; my dad was one of my biggest supporters.  I was so lucky to grow up in an extremely supportive household, and I felt like if I stopped writing, I was letting my dad down.  I had to keep writing,” she explains.  “The overall theme, like so many albums, is love and loss, and everything in between—from losing my dad to falling in love with and marrying my husband.”

Royal will celebrate the release with a show on Saturday, March 12th at the newly renovated and reopened 12th & Porter.  Charlie Whitten and Molly Parden, along wth Becca Mancari will provide opening support.  “We will play the whole album from start to finish—in total, it’s about 45 minutes,” Royal says. “I’m going to have all the people who played on the album with me; there will be some powerful backup harmonies there as well, it should be a solid representation of what the album sounds like.”