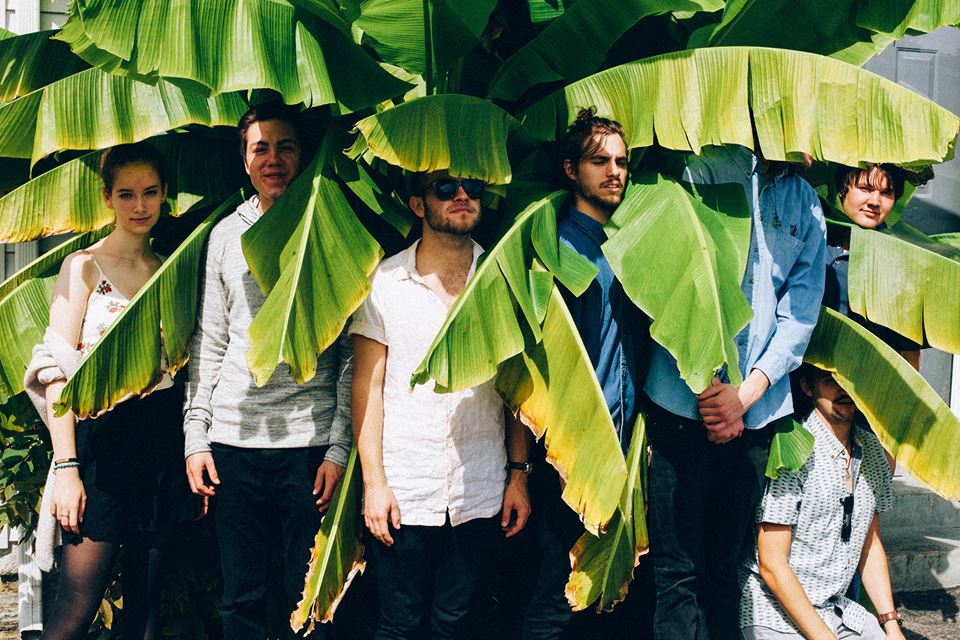 The Pressure Kids, an up-and-coming force of anthemic indie rock to be reckoned with, will be celebrating the release of their debut EP, Tiger, with a show at legendary local venue Exit/In on October 8th.

The band members, who met and began playing music together a couple of years ago in the dorms of Nashville’s Belmont University, hail from all four corners of the United States, bringing with them musical backgrounds ranging from gospel to punk. The group, all capable writers in their own right, approach songwriting collaboratively.  Frontman Nick Johnston says of the process, “At the end of the day, everyone just understands how to listen.  Everyone in the band is good at pulling the right parts from their own diverse backgrounds to make something truly unique.”

The three-song EP, which Johnston says sounds different than their previous efforts, is called Tiger; the album’s head-bobber of a single, “For Kim,” features shimmering guitars, Johnston’s buttery vocals coupled with lovely harmonies, and solid driving rhythm.  “Who exactly is Kim?” you may be asking; “She’s a lady whose car I nearly destroyed, right before we left to record the record,” explains Johnston.  “We got the opportunity to go up to Brooklyn this summer, it was one of those ‘this person knows this person’ kind of situations; we were really excited.  We stayed with a buddy who lives a couple of miles away from the city; we’d packed up the cars to leave, and as I was backing out, I just destroyed this beautiful car sitting on the street.  The car belonged to a lady named Kim.  She was very sweet about it.  We felt like we should dedicate a song to her.”

One thought on “PREVIEW: THE PRESSURE KIDS EP RELEASE SHOW at EXIT/IN on 10/8/15”