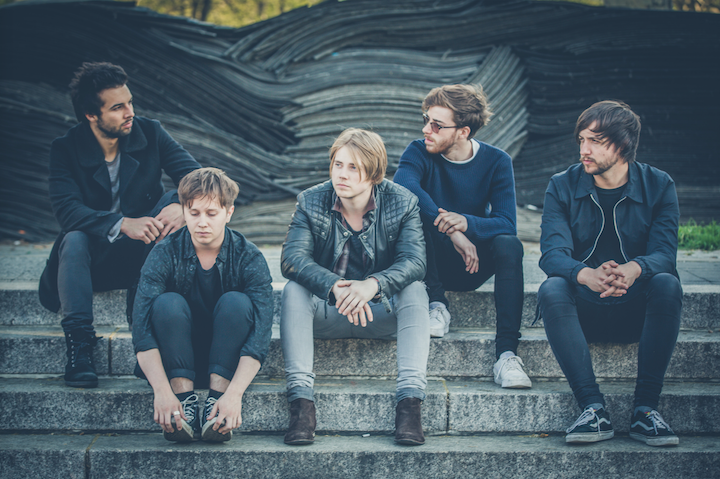 London’s finest, and my newest band crush, Nothing But Thieves, has announced they will release their self-titled debut album on October 16th via Sony Music, featuring singles “Trip Switch” and “Wake Up Call”. The album will be available in both standard version and deluxe (with four bonus tracks) and a September 11th pre-order includes a free download of “Trip Switch”.

Drawing inspiration from the bombast of Muse, the playfulness of Kasabian and the unpredictability of Arcade Fire, the songs on Nothing But Thieves re-imagine the majesty of rock and roll, simultaneously kicking and comforting the listener. It’s a worthwhile adventure.

The band will perform at both Reading & Leeds festivals this weekend, following a recent support slot with Muse and tours with Twin Atlantic, AWOL Nation and Darlia. In response to their set at Lowlands Festival last weekend, All Things Loud declared, “Nothing But Thieves will undoubtedly be selling out stadiums in five years’ time. Their debut self-titled comes out later this year, yet it’s been preceded by a slew of fantastic tracks worthy of festival headline slots.” The quintet will hit the States in early 2016. WOO HOO!!!!

“Trip Switch,” with its slinky bass line and groovy swagger, was my first introduction to this band, has racked up almost 400,000 views on Vevo and has been added into rotation at SiriusXM’s Alt Nation. The most recent single, “Wake Up Call”, was unveiled early this morning at Rock Sound, and it’s just as fantastic.  I can’t wait for this album!  Until it’s released, check out the videos for “Trip Switch” and “Wake Up Call,” and prepare to be amazed: