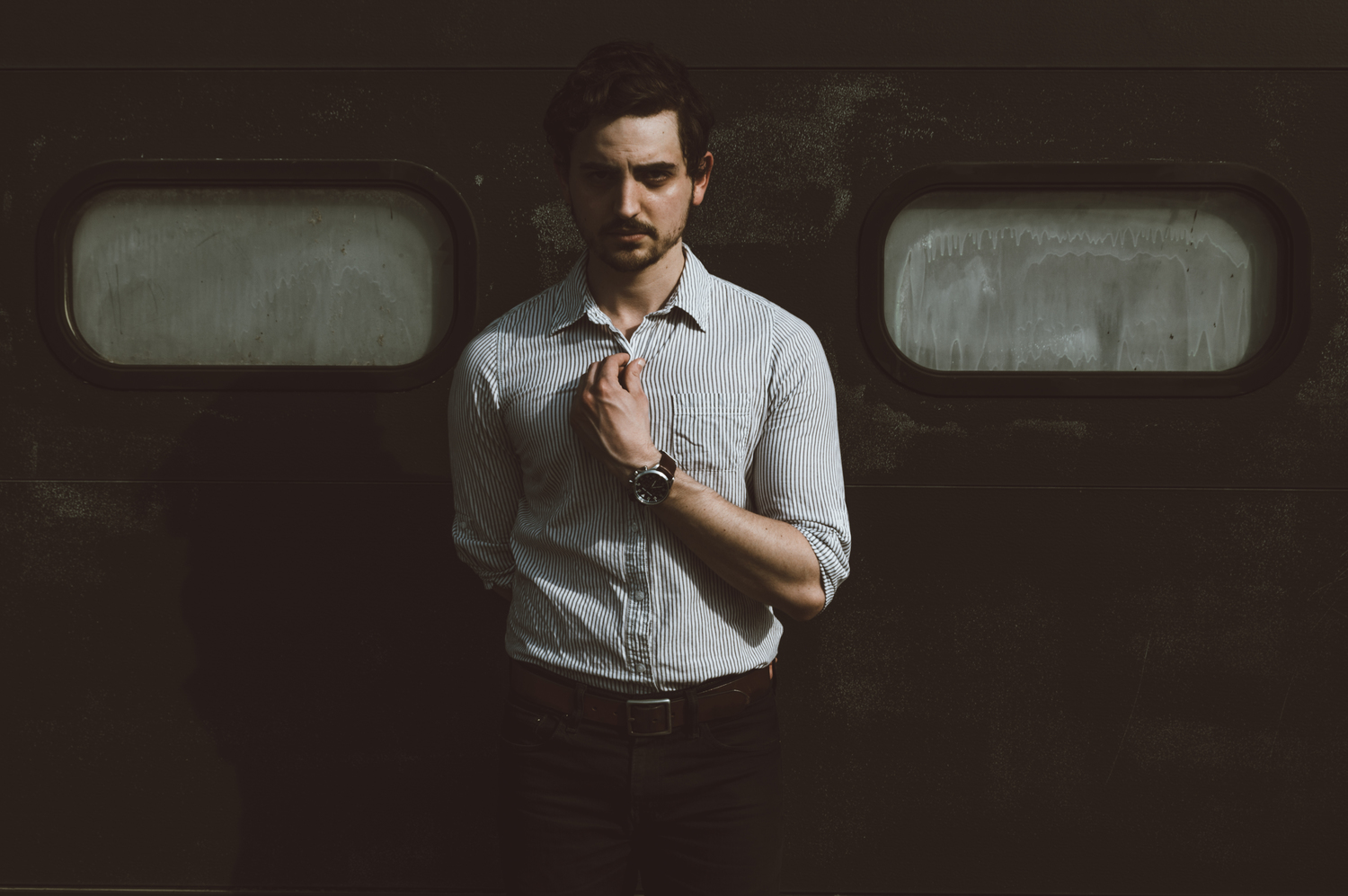 Ryan Courtney moved to Nashville in 2007 from a tiny map dot in Florida called Hudson.  He’d started flirting with music at the age of 14; his older brother, who played guitar, began showing him some chords, and with this new knowledge, he started humming melodies and writing lyrics.  One thing led to another, and he randomly joined an angsty punk band in high school, taking on the role of the lead vocalist.  Recalls Ryan, “It was terrible, but so much fun.  When I was 17, I went through some really heavy family stuff, life got real, and listening to music helped me through the darkness.  Music changed for me at that point; it became more about connecting with other people, about writing something that could potentially help someone like music helped me.”  Admittedly, there was little inspiration for a budding musician in Hudson, so he moved to the Music City to pursue a career in music with a band he started called Trenton.  The prospective members had differing expectations of what the musical journey should be, and Ryan was left to figure out his path on his own.

Since his budget didn’t allow for much recording assistance, Ryan had grown accustomed to self-producing his music.  One day, at coffee with friend and aspiring producer Josh Niles, the pair began talking about production; after the meeting Ryan felt strongly that they were “just supposed to work together.”  With no money to hire a producer, he hired Josh anyway (surprise Josh!); shortly thereafter, Ryan came into some unexpected funds, and used it to make the record.  “Working with Josh was wonderful.  [A producer] gets you out of your box, for sure.  It’s very easy to stay in a certain mindset; it’s hard to be objective and produce your own music.  A producer forces you to do that; it can me kind of uncomfortable in a lot of ways, but it’s good.  It wouldn’t have been the same if I’d produced it myself.  Josh has unbelievable audio engineering skills, and he made it sound like a major label effort, as opposed to a dude making music in his room; there’s definitely something to be said for artists who are making music by themselves in their houses, there’s a certain soul to it that might not be there otherwise, but Josh brought out the best of both worlds,” explains Ryan.

When I pointed out that Trenton’s synth-y alt-pop music is far cry from Ryan’s early days of singing in the punk band, he chuckled and admitted that he was never a huge fan of punk, but that it was a learning experience, his first time singing on a stage.  “I’m really drawn to a lot of 80s music; my new sound has synth elements, but at its core, it’s still a rock band.  I loved New Order,  Tears For Fears, and Joy Division in high school.  Radiohead’s The Bends was an important transition record for me.  Jeff Buckley, vocally, to this day I still can’t understand how that guy has such amazing control over his voice.  It’s a nonstop list of influences for me.”

Now, eight years after moving to the Music City, Ryan is gearing up for the release of his newest EP, Ghost Runner, out on August 18th.   The six-song compilation has received praise and buzz from media outlets, drawing comparisons to Rufus Wainwright and M83.  The record’s not even out yet, and listeners have already chosen favorites: “The song that people seem to gravitate towards is “Running,” the second song on the EP.  For me, artistically, “Chemical” and “Show Me How” are the two songs that sound-wise and everything as a whole make me gravitate towards those.  Especially lyrically on “Chemical,” a song that’s about a season of darkness that I went through…acknowledging that darkness but at the same time not wallowing in it. It’s a reflection, the lyrics are scattered, all these different thoughts, it’s not linear about just one thing,” said Ryan.  “I feel like whenever I sing that song live, I feel it, and it’s really me.”