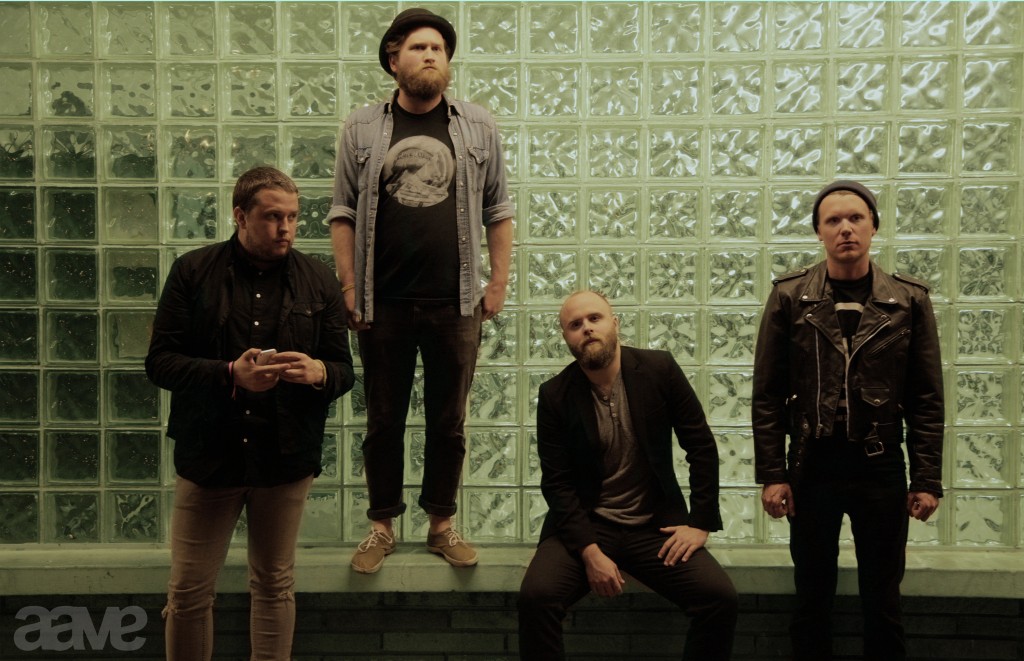 Nashville-based shoegaze outfit aave (pronounced “ahh-vey” which is Finnish for “ghost”) will be celebrating the release of their new album, There’s Nothing, at East Nashville landmark The Crying Wolf on Thursday, August 13th.  I had the chance to hang out with the band after a recent performance at The Mercy Lounge; “Do you consider your music shoegaze?” I asked. “Someone dubbed it ‘ambient post-rock, so we’re going with that,” said Lloyd Aur Norman (guitar).  That ‘someone’ was The Nashville Scene, a testament to the buzz aave has garnered around these parts lately.

It all began when Lloyd and Kyle Kelly (vocals, guitar) were roommates and worked on music together, a project which culminated in a six-song EP.  They had so much fun, they decided to make it a regular thing, and convinced friends Pete Teselsky (drums) and Parrish (bass) to join the effort.

Most of the shoegaze and krautrock bands I’m familiar with have unintelligible and droning vocals that blend into the wall of sound being created, but aave’s music is different.  It evokes emotion.  “Our opinion is that music shouldn’t be judged based only on the way it sounds, but also the feeling it leaves you with; that’s our inspiration when we write, basically, ‘how’s it going to make you feel?'” said Lloyd.

One example is the high-octane “Blender,” the first song they wrote together; “it was the culmination of all of the energy and excitement of us playing and writing together for the first time,” explained Parrish.  Band favorite “Nothing Here,” a nod to that first EP put together in Kyle and Lloyd’s basement studio, is, the band agrees, the most natural and unforced of their songs, an evolution of a singular part throughout its entirety.  “If at any point we were jarred or woken up from the trance-like state we were in while playing, we had to change the part, because we wanted the listener to fall into the music and stay with us. All changes had to be very subtle,” explained Lloyd.

The band also strives to couple visual accompaniment with all of the audio, to leave the audience with a visual impression. said 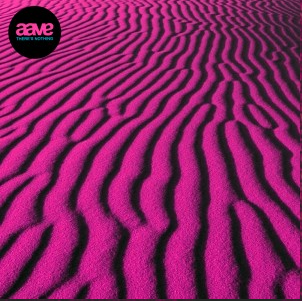 Why is that important?  “It’s so hard to catch people’s attention these days, there is so much pulling at them, people don’t get the experience of just sitting down with something and being in the moment with it,” said Kyle, “the more sensory stimulation we can provide for the listener, the less they have to look for it elsewhere while they are listening.”  The single and album art was created by Kyle, whose work is generally chaotic with lots of depth and repetition.  It was Lloyd’s idea to do a simple image; “I wanted the art to set you up, but not take you anywhere, it’s left up to you to figure out, something vague to be interpreted.”  The art for “Going Nowhere” is an image of tree bark, and the main album art is a rippled sandscape.  “The textures speak to me,” said Parrish, “the textures of the art tie into the textures of the music.”

As if this foursome isn’t busy enough, they have formed a production company called Villain Place to provide audio, video, and design for musicians, and are branching into label services.  Villain Place, along with Rock Ridge Music, is actually releasing the band’s record on August 14th.

As our time together came to a close, I asked if there was anything else aave wanted you, my beloved readers, to know.  Kyle said to let you know that he caught a 25 pound redfish at the beach not to long ago; Lloyd cordially invited us all to come see the show at The Crying Wolf, to attend the after party at his apartment, and to know that they think that East of 8th is the “shiznit.”  Too sweet, y’all, too sweet.

The Crying Wolf is located at 823 Woodland Street in East Nashville; tickets for the show are only $5!  Doors are at 8:00 p.m. and the show is at 9:00 p.m., with Mountains Like Wax and Ted C. Fox providing opening support.  Come hang out with me!

One thought on “PREVIEW: AAVE ALBUM RELEASE at THE CRYING WOLF on 8/13/15”