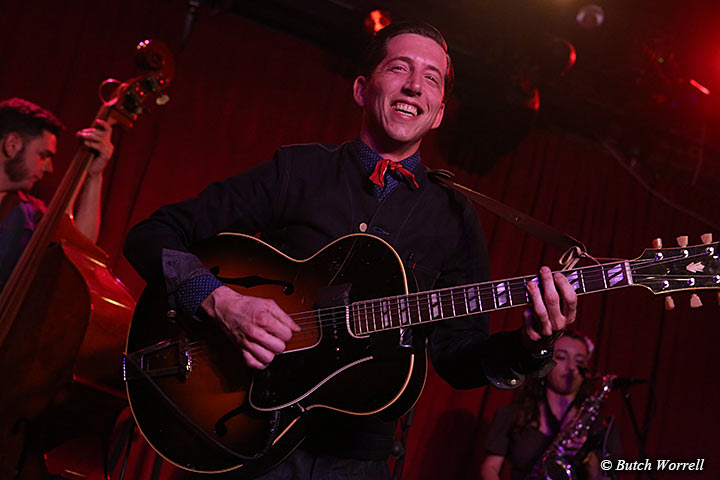 Pokey LaFarge celebrated the release of his newest album Something In The Water at The Mercy Lounge recently with opening support from local artists Rachael Davis and Margo Price, and it was an absolute blast.

Rachael Davis, very pregnant and cute as a button, delighted the crowd with her beautiful voice, a ukulele, and selections from her latest EP entitled Bandbox Jubilee.  Her brand of nostalgic jazz had me smiling from earlobe to earlobe; an avid baseball fan, she paid tribute to the Great American Pastime with her song “(I’m A) Diamond Girl” (as in baseball diamonds, see what she did there).

Next up, Margo Price (whom you might also know as the front woman of Buffalo Clover) accompanied by her band The Price Tags, brought us a Tammy Wynette-meets-Tanya Tucker taste of traditional country, with a little sass and lots of pedal steel.  A particular highlight…Price’s performance of her song “Weekender,” which she says she wrote in jail.  “Sorry mom,” she said.

Enter the man of the evening, Pokey LaFarge himself, with his amazing ensemble The South City Three, plus a few fantastic others…his first ditty, “Knocking’ The Dust Off The Rust Belt Tonight” got the crowd ramped up and ready for the fun to come.  I was continually impressed with Pokey’s showmanship and his ability to make the audience a part of the festivities.  The crowd sang along to every song and provided the necessary call-backs to songs like “The Devil Ain’t Lazy” (No siree!), with plenty of stomping and dancing that made the whole joint shake.  His good-natured sense of humor shone through in his stage antics, which included trading coats with an unsuspecting audience member, who was wearing a faux fur number with a print of the feline variety, and worked up quite a sweat in it for a few songs.  Towards the end of the set, cornet player TJ Muller retreated from the stage and brought back a handle of Old Grand-Dad Whiskey; TJ knelt down and sacrificially offered the whiskey to Pokey, who proceeded to take a slug of Old Grand-Dad and passed the handle around to those of us on the front row, as he introduced his tune “Drinkin’ Whiskey Tonight.”  After an encore, Pokey left the stage to go sign copies of his album and hang out for a bit, a lovely ending to a fantastic evening.  Come back soon Pokey! 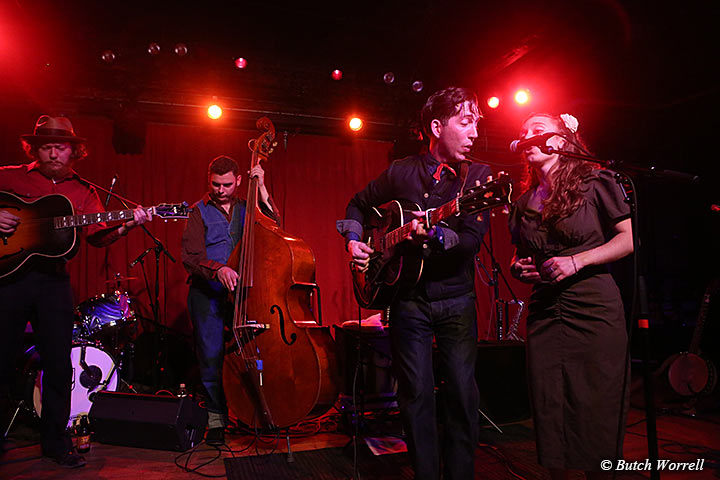 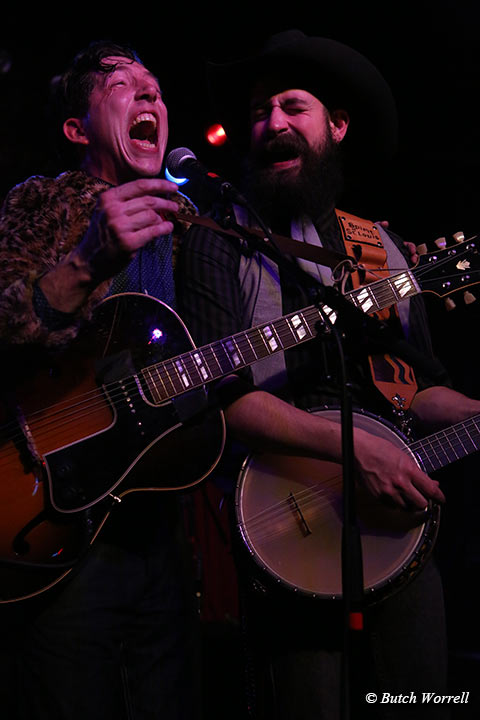 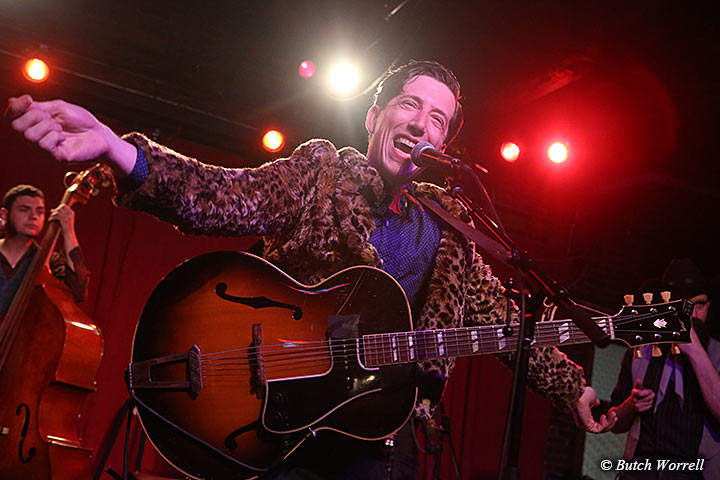 Many thanks to the amazing Butch Worrell for his lovely photographs! Check out more of his work at http://www.oneheartphoto.com.

2 thoughts on “REVIEW: POKEY LaFARGE at THE MERCY LOUNGE”