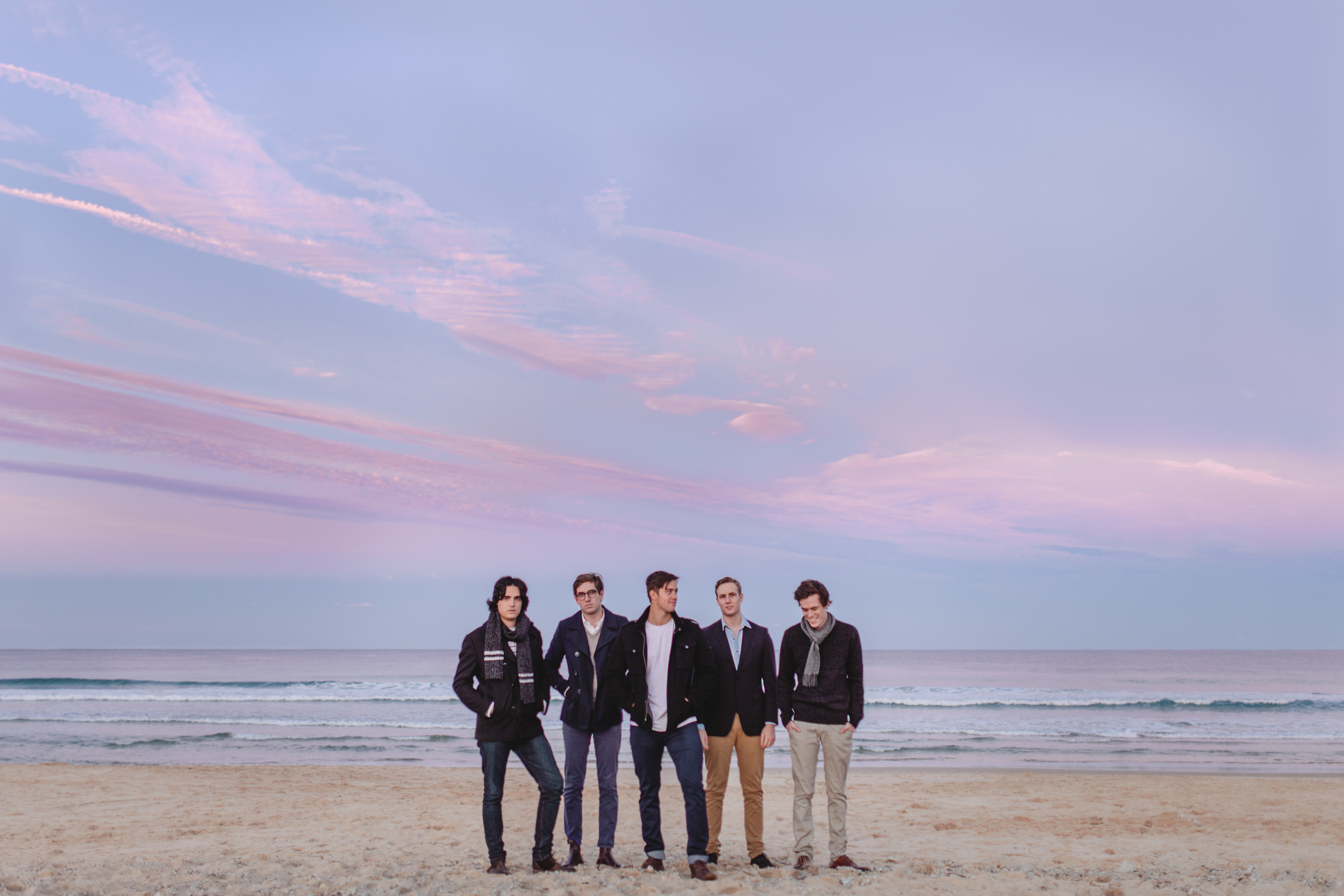 Hello beloved readers! Meet Brisbane-based indie rock band Calais (“KAL-ay”), who will be releasing their debut EP, Silhouette, in April.  I’m totally enamored with their first single, “Time & Space,” and its snazzy video; you should definitely check it out (see below).  Enjoy it, share it, and show Calais lots of love!
Eo8:  How did the fates bring you together to form Calais?

CALAIS:  We formed in the last few years of high school.  We were already familiar with each other, having played in several different school bands together.  The final planet aligned when Tim, our singer, arrived in our final year.  Joe and Will were keen to enter into a local battle of the bands competition that was only three weeks away, so we hastily stitched together a band, went for it, and we’re still kicking today.

Eo8:  Your debut EP, Silhouette, is set for release in April, what are you doing to celebrate its release?

CALAIS:  We’re kind of those people who have muted celebrations, so we’ll probably just share a hi-5 and a pat on the back between band members.  We have an EP launch gig set for mid-April here in our hometown, Brisbane, which we’re just itching to play.  We’ve had some really positive shows so far in 2015, so we’re looking forward to making this launch a big one, for both the crowd and ourselves.

Eo8:  I am thoroughly enjoying “Time & Space” with those catchy guitar riffs and all its rhythmic goodness…is the single indicative of the sound of the EP, and what inspired this sound/style for Calais?

CALAIS:  Thanks! We’re stoked that you’ve highlighted the rhythmic goodness of the track.  We’ve definitely aimed to make the sound of this EP one that’s packed full of catchy melodies and rhythms; something that we didn’t really focus on when we first started out as a band.  This new focus on melodic and rhythmic hooks is the real inspiration for this EP and our sound in general.  We wanted to make something that wasn’t purely technical; we wanted those who listen to this new EP to listen with their ears and their hearts, and not so much their heads.

Eo8:  What does each member individually bring to the table/contribute to the band?

CALAIS:  I think one of the greatest things about our band is that we’re five totally different individuals.  We all come from totally different backgrounds and have wildly varying opinions, but we still all get along like a house on fire.  Bringing together all of these individual personalities into the one space makes for a really enjoyable creative process.  A lot of ‘constructive argumentation’ goes on haha, that’s for sure.

Eo8:  What is one thing each member couldn’t live without?

CALAIS:  Joe can’t live without a shower… He just likes being clean all the time.  Guy can’t live without post-mix lemonade, Tim is all about hair wax and cucumbers (he sees it as an incredibly refreshing water-based cultivated plant), and Will couldn’t live without his mother’s chicken schnitzel.  Liam just loves family and friends.  🙂

Eo8:  How will you know your band is successful/how will you measure your success?

CALAIS:  We see two different types of success for ourselves.  There is commercial success, and personal success.  The first type is rather obvious in terms of measurability and knowing when we’ve made it, but we also place great importance on achieving personal success.  As a band, we always want to be bettering our songs and ourselves.  I think we can measure that success by growing popularity with each new release.  When the time comes, we’ll know when we’ve achieved personal success.

Eo8:  What can we expect from your live performance?

CALAIS:  You can expect a show for all of the senses from our live performance. It’s so important for a band to not just stand there and pump out song after song. People are paying money to go and see a show, not a recital. Tim absolutely loves the crowd involvement factor, and pumps the crowd up at every opportunity. It’s a two way street; the band and the crowd feed off of each other’s energy. Having said that, we haven’t quite nailed the excessive visuals like strobes and lasers due to our budget, but we’re totally working on that.

Eo8:  Is there a tour in the future? Has Calais ever played outside of Australia?

We can definitely see touring in the Calais crystal ball. We’re currently exploring the feasibility of an east coast tour towards the end of the year here in Australia. We’ve never played outside of the country, but we’re dead keen to explore other markets. With the ease of music accessibility through the internet, we’ve noticed that we’ve had quite a lot of attention from places like the US and Europe, so we want to get over to you guys and see what it’s like. We still really want to work on the local scene here in Australia though too, so we’ll just take it as it comes at this point.