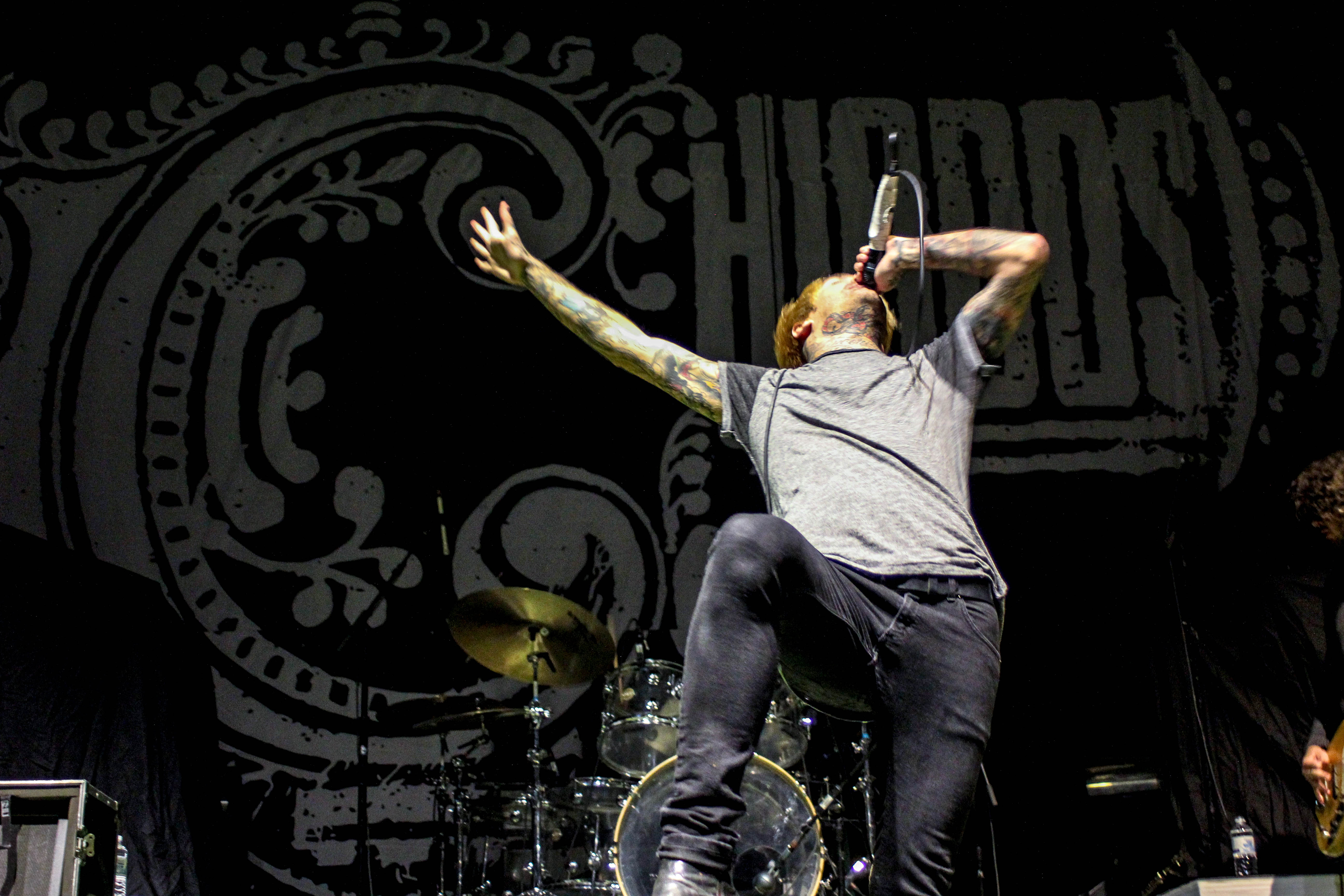 I had the chance to go to Bridgestone Area to photograph the post-hardcore band Chiodos, promoting their recently-released album Devil, appearing with A Day To Remember on their recent “Parks and Devastation Tour.”  I knew I was in for an adventure as soon as I said yes.

I got to the arena, walked into the lounge where the other three or four photogs were waiting, and struck up a conversation with one particular young lady, also a blogger:

She:  Who are you taking photos for?

She: What’s it about?

Me: indie and alternative music.

She: What in the world is “alternative” about Chiodos??

That was a fair question.  Granted, post-hardcore music isn’t in my wheelhouse, and not something that I write about often (or, let’s be honest, ever), but does it qualify as “alternative” music?  Well, what exactly is alternative music? 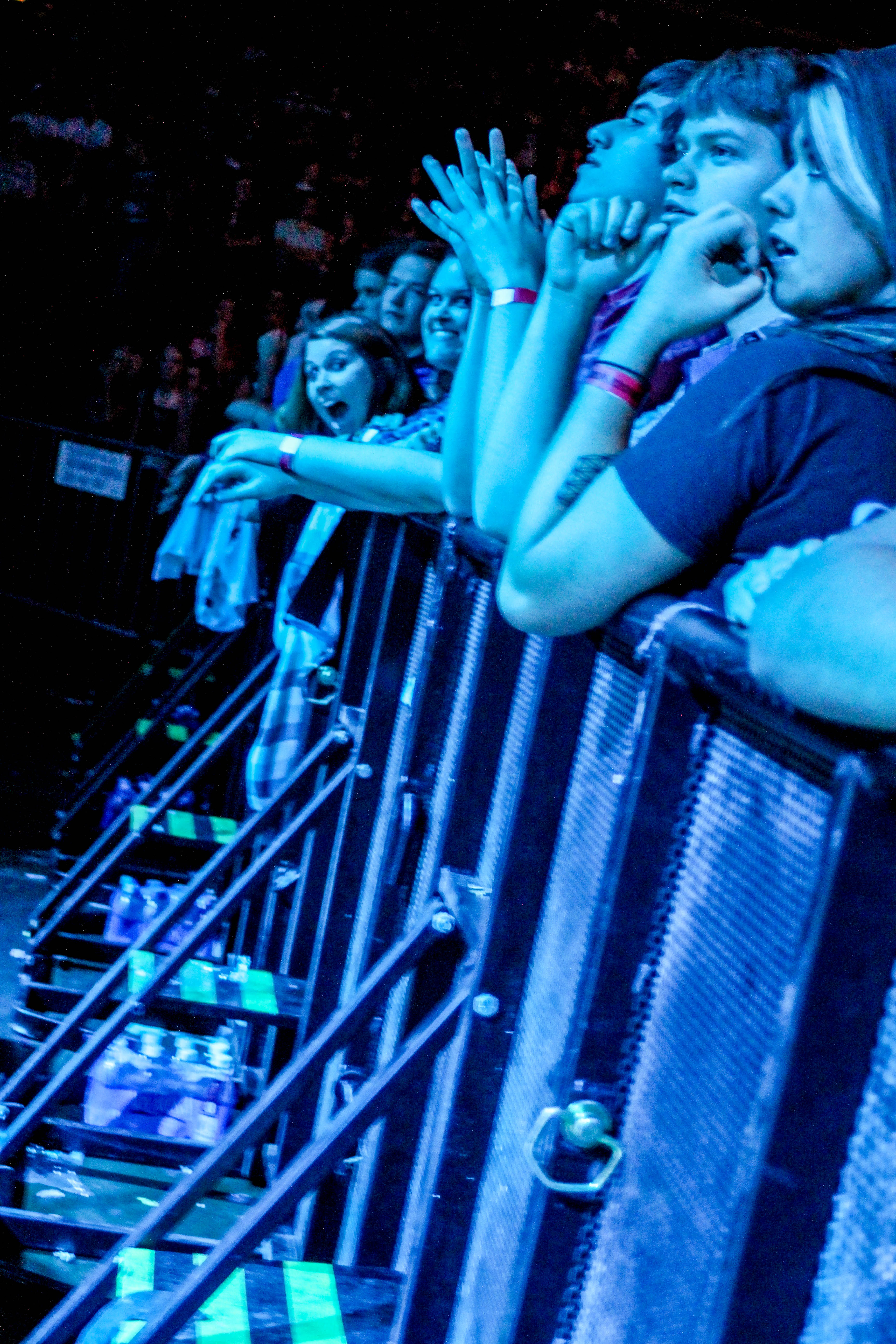 ys that “alternative rock is a broad umbrella term for underground music that has emerged in the wake of punk rock since the mid-1980s.  Throughout much of its history, alternative rock has been largely defined by its rejection of the commercialism of mainstream culture.”  Historically, alternative music and musicians don’t always reach the same level of exposure or commercial success that more mainstream musicians achieve, but some break through (think Pearl Jam, Nirvana, The Strokes, Coldplay, The Killers…) and change the musical landscape in a major way.  And guess what? Post-hardcore is under that broad alternative umbrella.  So there you go, blogger girl.

It was show time…I was guided to the pit and readied my camera for the action.  While I was waiting, I befriended the security guard at the stage who was facing me (his name was Jimmy), when all of a sudden…. 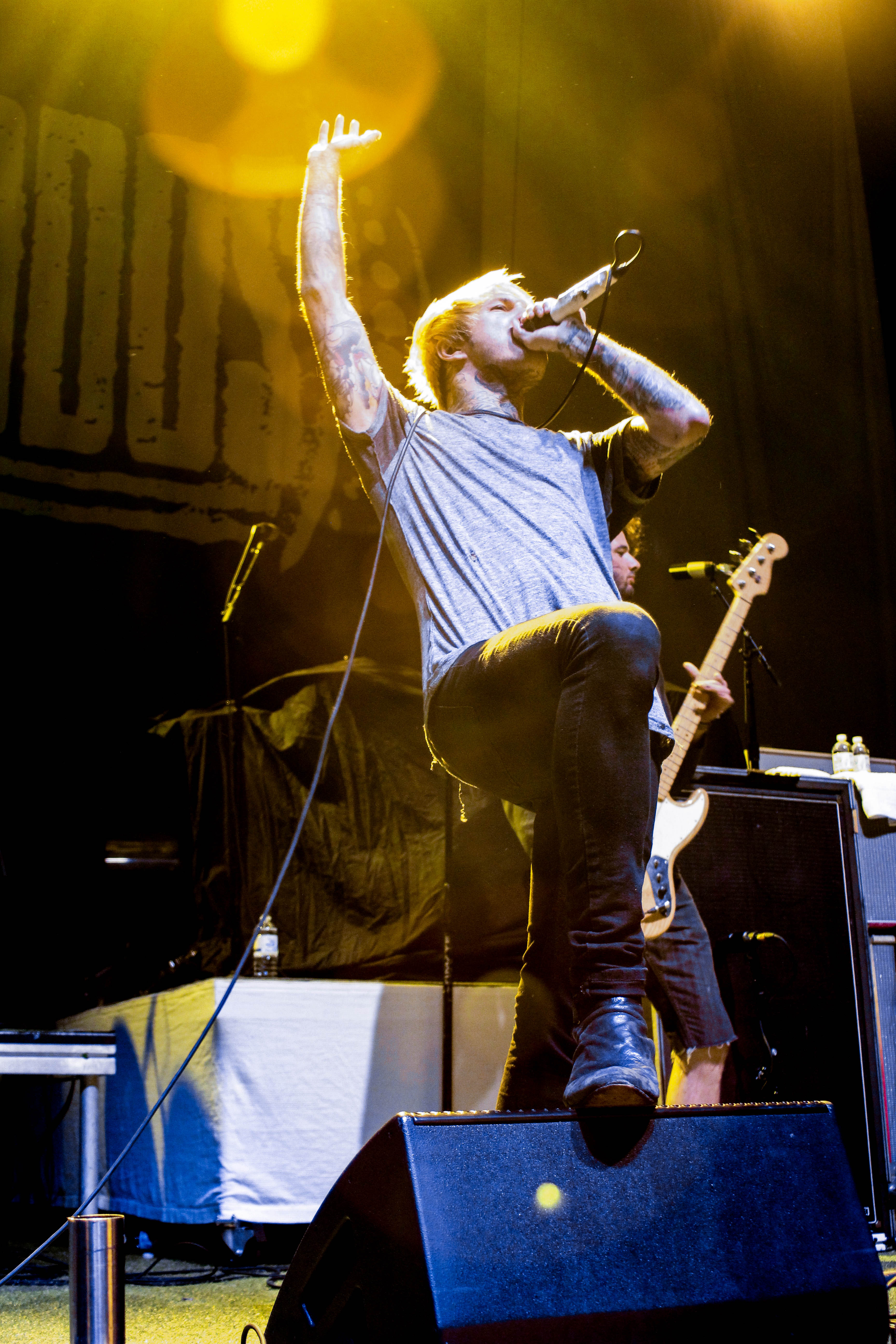 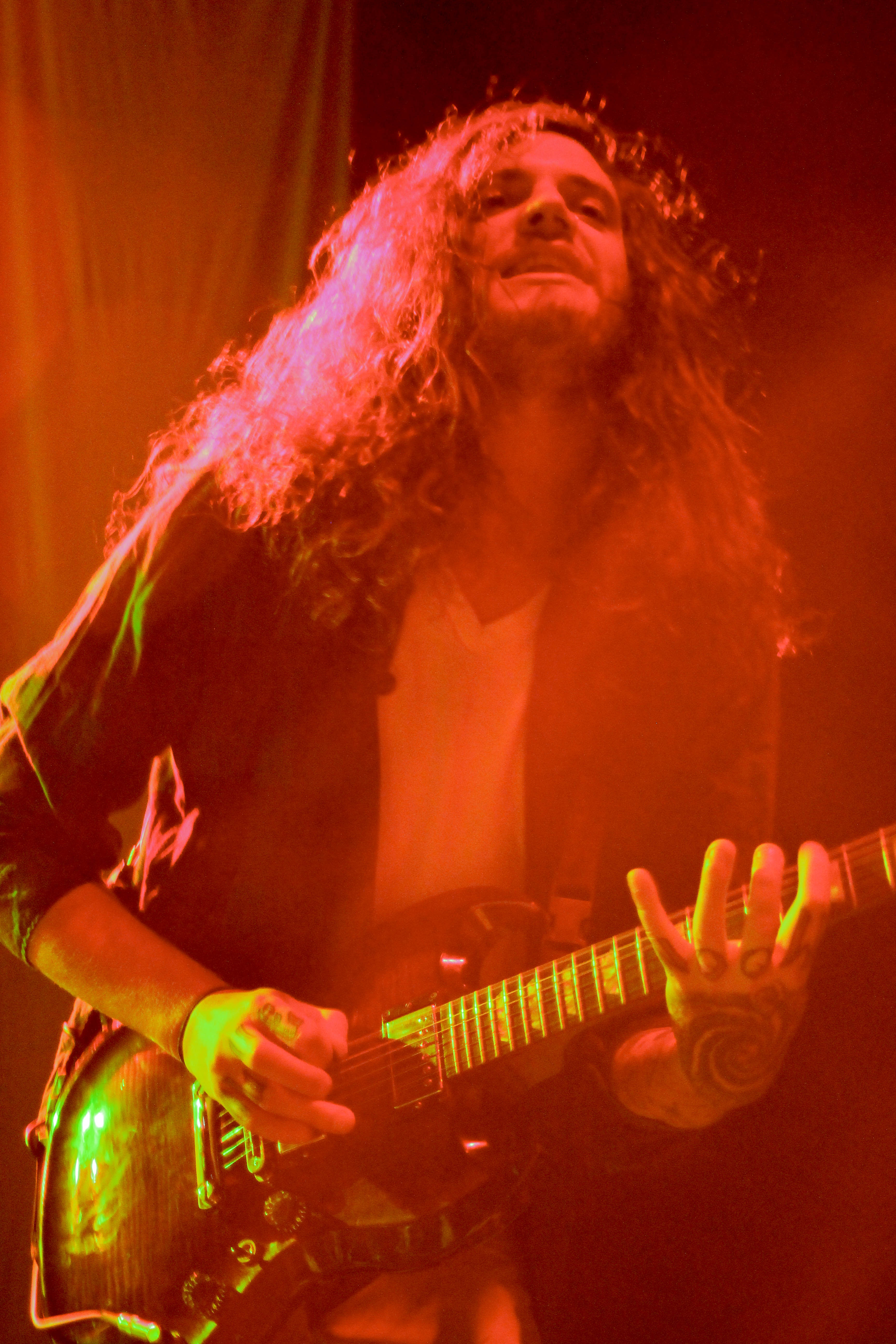 the lights went out, and the frenzy began as Craig Owens, Bradley Bell, Pat McManaman, Thomas Erak, Joe Troy, and Thomas Pridgen commandeered the stage.  From that point on it was mayhem; the crowd was unhinged and Craig Owens’s soaring voice was rocking the rafters.  I was positioned in front of one of the floor speakers to get some shots; the sound literally made my shirt jump around and I could feel the pulse of the music going through my body.  It was, in a word, nuts. 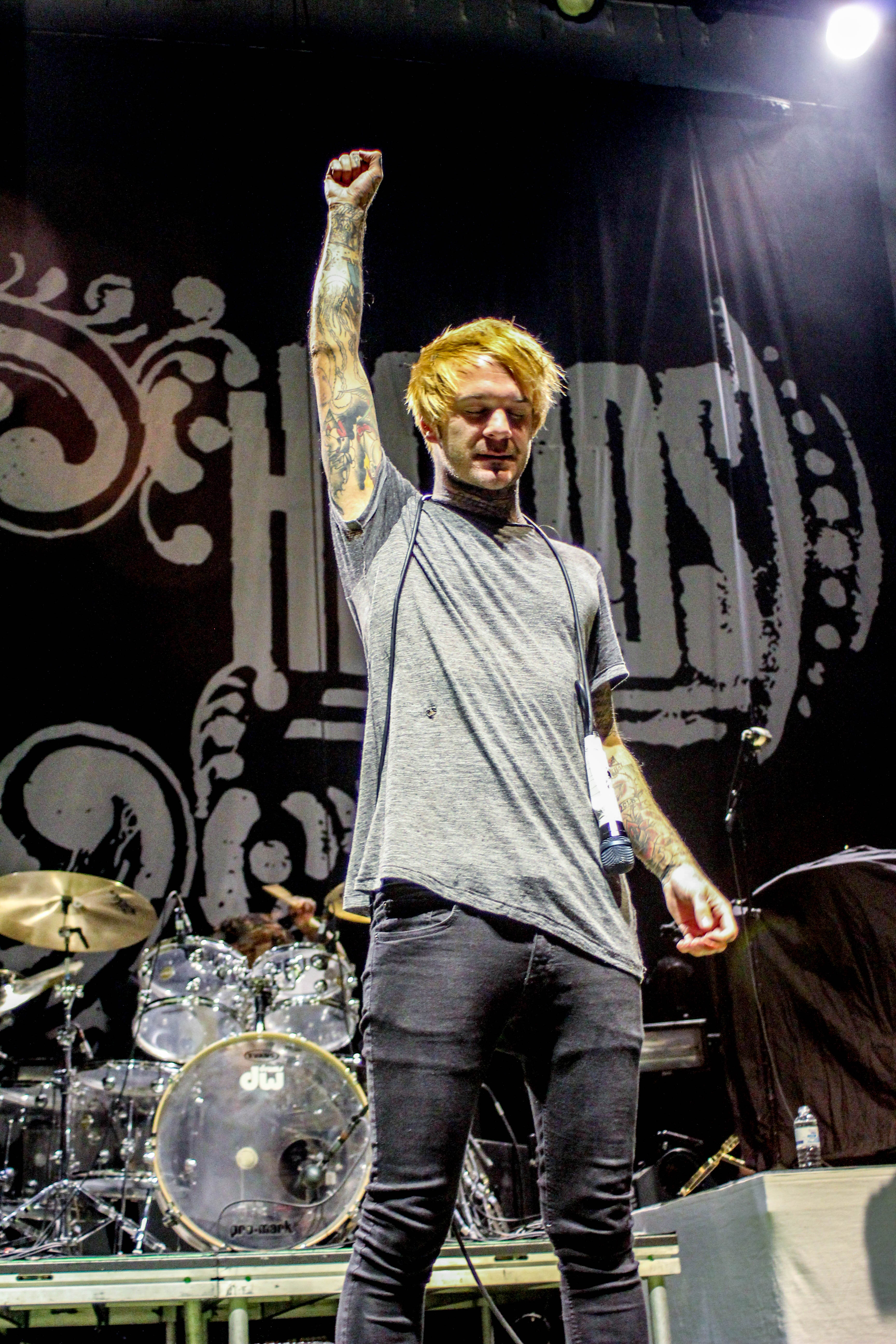