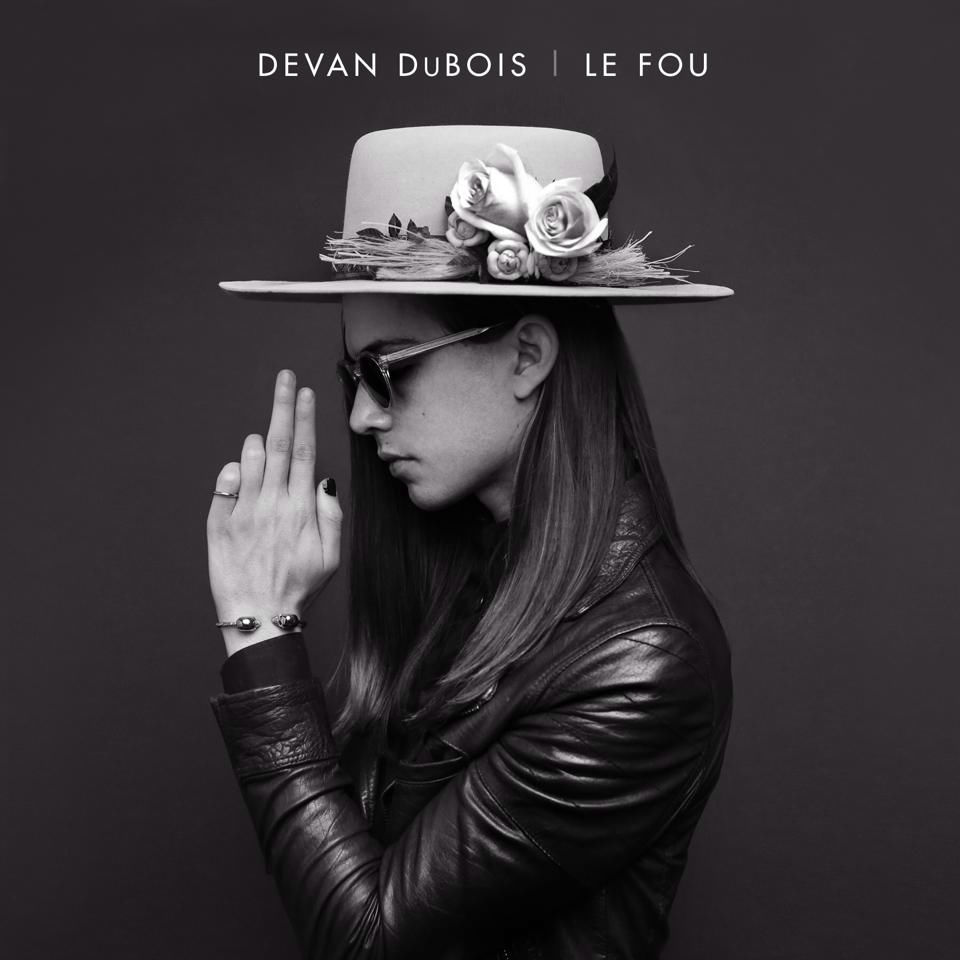 Who is this mysterious man under the wide-brimmed hats, and behind the shaded glasses and curtain of dark hair? After my recent chat with singer/songwriter Devan DuBois, I’m still kind of wondering that myself….but, here’s what I do know:

Dubois, who looks like a young and beautiful Johnny Depp, was born and raised in Louisiana (how could you not be from Louisiana with un trés beau nom like Devan DuBois?), but now calls Nashville home.  While he’d always been a lover/player/writer of music, it wasn’t until college that DuBois decided to have a go at making music for a living.  Inspired by everyone from The Beatles and Tom Petty to The Killers and Kanye, he draws on all of these influences to create his music; DuBois uniquely blends these inspirations on his own palette, artfully, yet strategically, fashioning it all into a lovely and infectiously fetching collection called Le Fou, his debut LP released by Sensibility Music (home of the dearly departed Civil Wars….just typing that breaks my heart…*sigh*).

The album’s title is French for ‘the fool’; it’s also taken from the title of one of his favorite films, Pierrot Le Fou, a fine example of French New Wave cinema, a genre known for experimentation with perspective and storytelling, and as DuBois puts it, “a combination of stream of consciousness and the juxtaposition of images that are contradictory and that tell story in a broad or interesting way.”  Other sources for his album title include the Shakespearean quote, “A fool thinks himself to be wise, but a wise man knows himself to be a fool,” and ancient religious texts which relay that God, at times, reveals Himself in ‘foolish’ ways.

What else do I know?  DuBois has purposefully integrated his musical style, his personal style, and the presentation and delivery of his art.  His photographs and music videos are in black and white, a classic aesthetic he deems timeless and transcendent.  The color scheme (or lack thereof) keeps the viewer focused on the reality of what’s happening in the moment.  For example, the video for his single “Long Live” is a black and white series of living portraits, which play on this notion of using foolishness or absurdity to tell a story in a different way.

So what does all of that mean?  For this listener, it means an hour and five minutes of pure sonic pleasure (or in my case, an hour and five minutes on repeat).  The tone and inflection of DuBois’ voice so often reminds me of a southern Bob Dylan.  His hauntingly sexy brand of rock and roll is the kind of music that makes me want to create a new word to describe it…Amerilectric? Electricana?  The mixture of his alt-country guitar-playing, soaring synth-y landscapes, hip hop-esque beats, and ridiculously catchy hooks (seriously, I can’t get them out of my head) consistently keep me coming back for more.  Fortunately, I don’t have to wait too much longer for more…on September 12th, DuBois will be having his official album release show at Deavor in Nashville, a creative workspace rather than a traditional music venue.  I’m intensely curious to see this live performance.  I’m confident Devan DuBois won’t let me down. One thought on “PREVIEW: DEVAN DuBOIS ALBUM RELEASE SHOW at DEAVOR on 9/12/14”