This is a very exciting review for me to write; I’ve been waiting for this album to be released for over a year! Colony House is exploding.  The first single, “Silhouettes,” has taken over the alternative radio stations in my neck of the woods.  I even opened my People magazine a week ago and “Silhouettes” was featured as a Pick of the Week! People Magazine y’all! Holy buckets.  For me, the best part is, Colony House (they were known as 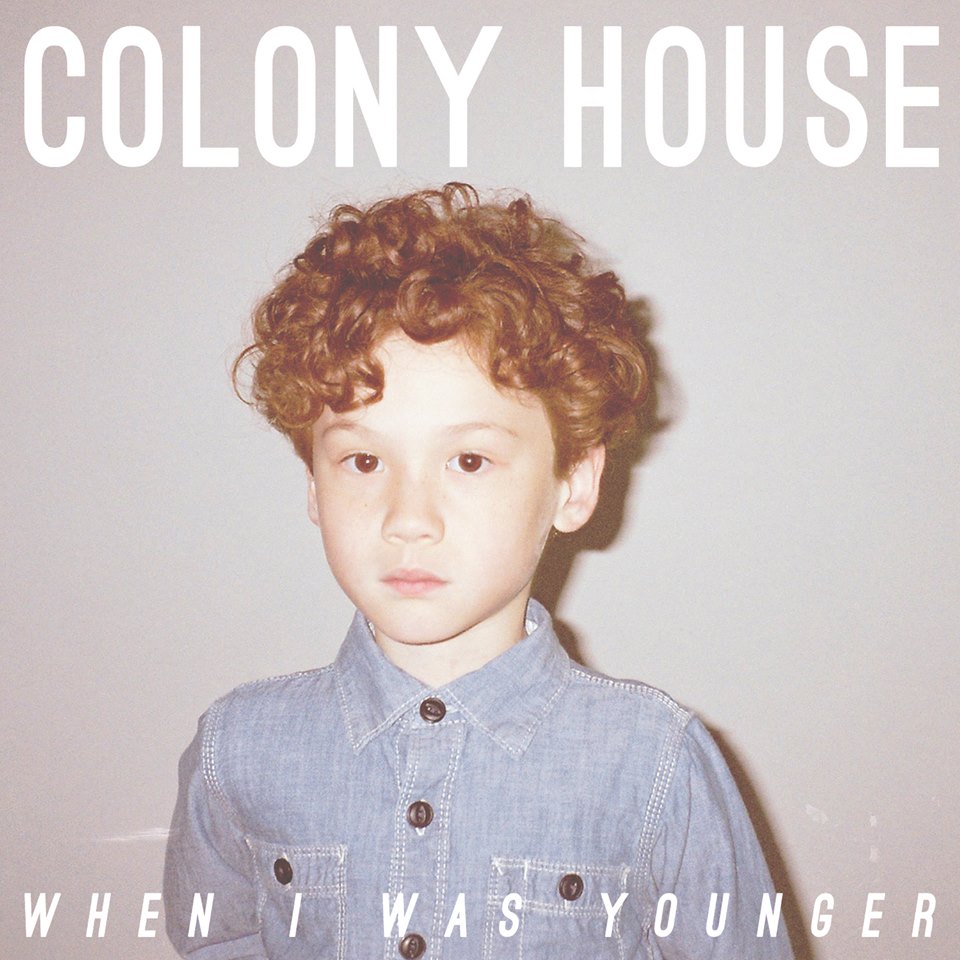 CALEB at the time) was the very first band I interviewed.  I could be cliche and say they’ve come such a long way, but honestly, they’ve been consistently fantastic since I first heard them a few years ago.  You might be wondering, “Susan, what could you possibly be more pumped about after all this good stuff that has happened?” I am SO EXCITED that Colony House is going on tour and teaming up with another band that puts stars in my eyes, Knox Hamilton, who I have also had the pleasure of interviewing.  They will be in the Music City in September, and I was very disappointed that I wasn’t going to be in town for the show; but this is one that just can’t be missed, so I will be attending their show in Charlotte, NC in October (thank goodness I’m from Charlotte and I have a free place to stay).  I can’t wait.

Moving on…..When I Was Younger is a fourteen-song stunner of an LP; tracks like “Waiting For My Time To Come” and “Learning How To Love” are older songs released on a previous EP, but they seamlessly fit into the landscape of the rest of the album.  The first track, “Silhouettes,” definitely a good choice for the first single, is a rhythmically retro dream of a pop song.  In the lyrically clever “Second Guessing Games,” Caleb Chapman sings “If only I could go where I wanna go/To get where I need to be/Do what I gotta do/Say what I need to say/Fight for the things I love/Let go of the things I don’t/But let’s stop playing second guessing games.”  “Keep On Keeping On” is a hard-rocking anthem of encouragement, leading into the finger-snapping easy-going “Waiting For My Time To Come,”  with those infectious “woo woos” and “ah ahhs” there in the middle and at the end (haha).  The band goes from head-bobbing to head-banging with one of my personal favorites, “2:20,” named for its length.  Makes sense to me.

The album offers a variety of stylistically unique tracks, but there is a common thread throughout that’s distinctly Colony House; poetic lyrics and well-crafted arrangements, Caleb Chapman’s beautiful voice (I could listen to him sing the phonebook and would still be in awe), Will Chapman’s extraordinary drumming abilities, and Scott Mills’ outstanding harmonic support  vocally and  on guitar. Guitarically?  I feel good about it.

5 thoughts on “ALBUM REVIEW: “WHEN I WAS YOUNGER” by COLONY HOUSE”